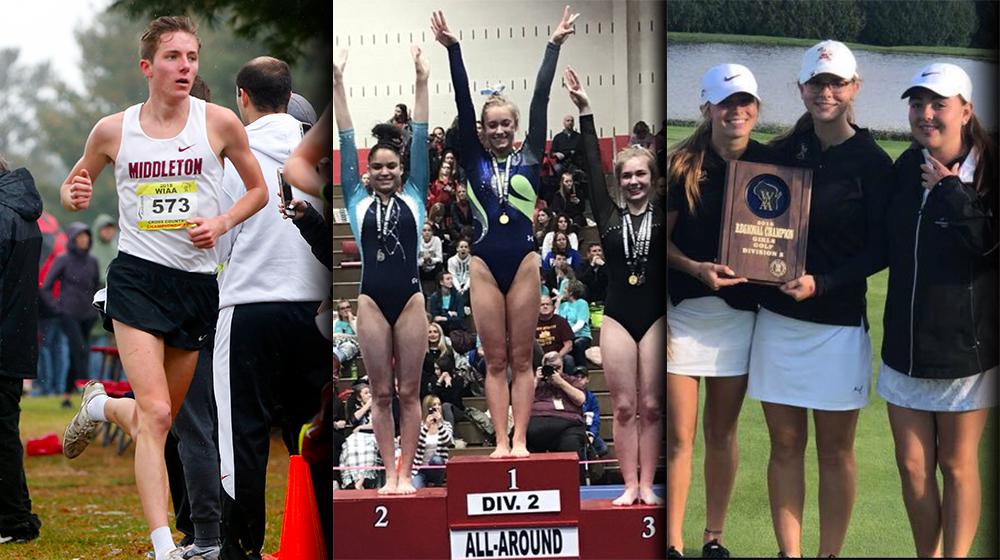 Arrowhead has won 11 consecutive Large Schools Division (enrollment over 1000 students) trophies, but the Warhawks are again trailing after the winter sports season, as it is Middleton who who leads the way. The Cardinals were on top following the fall sports as well and posted a strong winter sports season, getting runner-up finishes from the girls basketball and boys swimming & diving squads. Big Eight rival Sun Prairie is second with 538 points, while Arrowhead, Hudson, and Kimberly round out the top five. Hudson posted the top winter sports score amongst the large schools and overall with 267 points, getting a runner-up finish from the girls hockey team and at least 40 points (equivalent to at least a state quarterfinal finish) in boys basketball, boys swimming & diving, gymnastics, and boys hockey.

Whitefish Bay has moved to the top of the Medium Schools Division (enrollment 500-100), leap-frogging Catholic Memorial. The Blue Dukes have a total of 411.33 points, getting a state title from the gymnastics team and a semi-final appearance by the girls basketball squad in the winter sports.  Catholic Memorial is second with 392 points, followed by Freedom, Notre Dame, and McFarland. Freedom moves into the top five after the top-performing winter sports score among medium schools with 211.25 points, led by a state title in wrestling, a state semi-final appearance by girls basketball, and a sectional final run by the boys basketball squad.

Edgewood has six Medium School trophies to its name, including last year, but the Crusaders enrollment has dropped below 500 and now places them in the Small Schools Division (enrollment below 500). Edgewood continues to have a significant lead after winter sports, as their 442.86 points easily out-paces the next highest score of 348.33 from University School. Edgewood got a state title from the boys swimming & diving team to account for most of its winter total. Aquinas is third, followed by Stratford and Lake Country Lutheran. The top small school winter sports score went to Aquinas, who scored 137.3 points, buoyed by a 100-point value state championship in girls basketball.

Here are the Top Five schools in each division after Winter Sports: