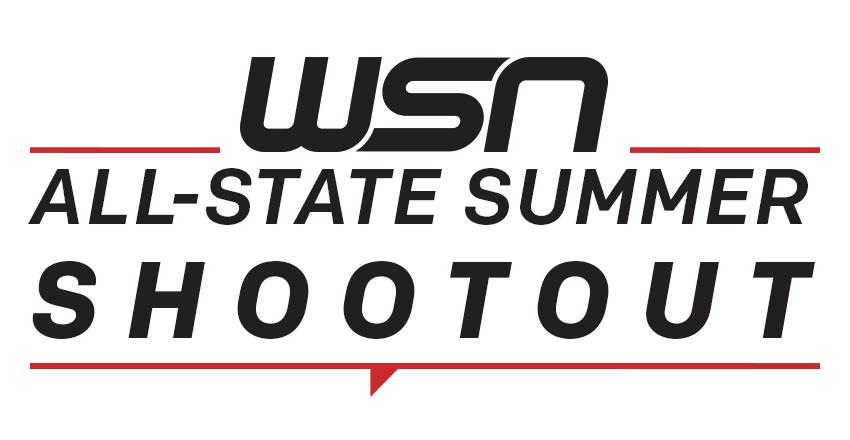 The first annual WSN All-State Summer Shootout boys field is coming up this Sunday, June 16th at Beaver Dam High School. Games begin at 9 am and will continue throughout the day. A total of 27 of the top teams in the state will be competing, including defending state champions, highly ranked squads, and top-level players.

Coaches, players, parents, and fans can follow all the action on the Tourney Machine app. Find the direct link by clicking here, including the full schedule.

Admission for the tournament is $5 per day, with children 13 and under as well as college coaches free.

Hudson makes the trip across the state to take on some excellent competition in the tournament's largest pool, both in number of teams and size of schools. Led by a solid core group of seniors, the Raiders shared the Big Rivers Conference title and were a few seconds away from qualifying for the state tournament before dropping a 68-66 decision to Neenah on a last second shot by Max Klesmit.

DeForest finished second in the highly competitive Badger-North Conference last year, and while they'll certainly miss league Player of the Year Austin Westra, the Norskies remain one of the top leagues in the Badger. Speaking of the Badger, Watertown is hoping to make some noise in the Badger-South in 2019-20 behind several talented returnees.

Kettle Moraine continues to be one of the most competitive squads in the challenging Classic Eight Conference under head coach Brad Bestor. After a tie for third place last year, the Lasers will be looking for more this winter.

Beaver Dam had a nice season in 2018-19, finishing third in the Badger-North. Nate Abel is coming off an Honorable Mention All-Conference selection as a sophomore. Staying in the Badger Conference, Milton won just one game in the South Division last year but the Red Hawks have some nice players returning, including Second Team All-Conference pick Jack Campion plus contributors like Cade Austin and Brad Bowditch.

Cedarburg had its share of struggles a year ago but it was a very young squad, with the top four scorers returning this season, including Second Team All-Conference Class of 2021 Drew Biber, a promising 6-5 guard.

South Milwaukee had some struggles in the Woodland-East last season but do return rugged wing player Luis Ortize, who averaged 12 points and nearly six rebounds per game.

Xavier is playing up against some larger competition, but the Hawks never shy away from a challenge. The Bay Conference champions last year, head coach Matt Klarner will miss multi-year starters like Nick Otto and Henry Egan, but John Bunks, Jr. did average more than 14 points per game last season.

Catholic Memorial was 8-17 last year against a very challenging schedule, but the Crusaders return many of the top contributors off that squad. Several are elite-level football players as well, including Badgers gridiron commit Cole Dakovich, Purdue commit Ben Kreul, and Luke Fox, an All-State type quarterback who is committed to Duke for baseball.

Brookfield Academy finished third in the Midwest Classic Conference, but the league was incredibly strong at the top, which showed as the Knights would go 20-6 overall and advance to the sectional finals. They drop from Division 3 to Division 4 this season, where they'll be one of the state's top teams with four starters returning, including First Team all-leaguers Aidan Clarey and Logan Landers.

Edgerton has four starters back from last year's team that finished 11-7 in the Rock Valley Conference and 16-9 overall, advancing to sectional play.

Grafton was a very young squad last season, finishing 14-9 overall, and should be even better in the upcoming season. Unanimous First Team All-Conference guard Alex Guibregtse, who led the North Shore in scoring, is back, along with Third Team choice JP Benzschawel and Honorable Mention pick Bryson Clague.

Lake Country Lutheran finished second in the Midwest Classic Conference last year and went 19-5 overall. While the Lightning lose a pair of First Team All-Conference performers, three other players that earned some form of all-league recognition are back.

The L-Cats of Lake Mills were the second place finisher in the Capitol-North and welcome back three players who earned some form of All-Conference recognition.

Richland Center started the 2018-19 strong but struggled down the stretch, dropping the final 14 games of the year. Brighter days should be ahead, as a solid mix of seniors plus some talented underclassmen should have the Hornets in a position to move up the standings.

Sheboygan Lutheran is coming off a Division 5 state championship, and the Crusaders will be strong favorites to repeat. Division 1 prospect Jacob Ognacevic is back after averaging more than 30 points and 15 rebounds per game. Casey Verhagen made quite a splash as a freshman and was one of the standouts of the state tournament.

Darlington emerged from a very strong group of teams to claim an outright SWAL title last season, going 20-3 overall. There are some holes to fill in the lineup but First Team All-Conference pick Carter Lancaster is back.

Winnebago Lutheran was the champion of the Flyway Conference last year, finishing three games ahead of the second place team. Donovan Schwartz and Carson Nell give the Vikings a strong nucleus that should contend for another league title.

The Prairie School finished fourth in a strong Metro Classic Conference that had three teams ranked most of the year. Antuan Nesbitt and Isaiah Hoyt are among the top returning players.

Oakfield was the third place finisher in the Trailways-East and have a couple promising underclassmen returning in 2021 guard Zach Seyfert and 2022 forward Grant Bass.

It was a resurgent season for Randolph, who won the Trailways-West outright and went 24-1 overall. Head coach Tyler Fischer has a group that should remain among the best in the conference, with First Team All-Conference pick Peyton Moldenhauer and Honorable Mention selection Brayden Haffele returning.

Neillsville was the runner-up to Columbus Catholic in the Cloverbelt-East last season and could overtake the Dons in 2019-20. The Warriors bring back four starters, including First Team all-league picks Alex King and Braden Trunkel plus Second Teamer Monte Dietsler.

It was a season of struggles for Random Lake in 2018-19, but there is hope for improvement this winter. Cole Borchardt, Caleb Welchart, and Sam Rusch all come back.