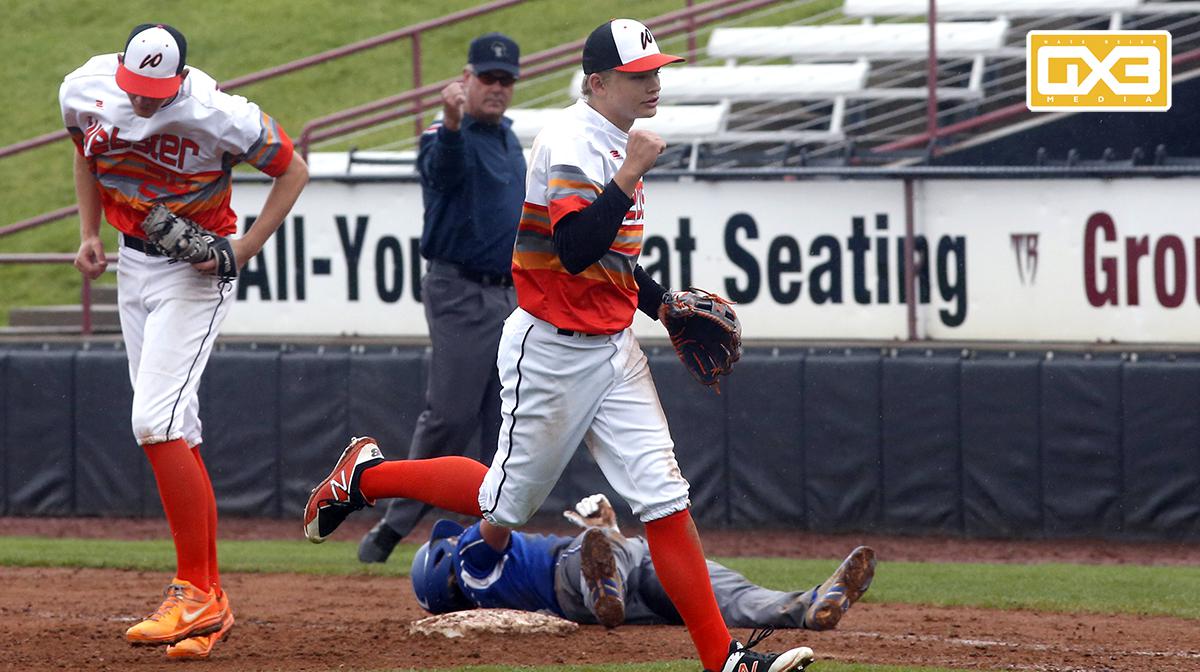 Owen Washburn and the Webster Tigers won a second straight state title, this time in Division 4

What a week it was for the 2019 WIAA Baseball State Championships. Not only did it mark the first combined state tournament in 50 years, but it featured some incredibly intense action.

Tuesday's opening Division 1 games were largely about pitching, other than a 27-run game featuring Eau Claire North and Sussex Hamilton. In that one, North went up 6-0 after the first inning, only to fall behind 11-6 by the third. Trailing 12-8 heading into the bottom of the sixth, the Huskies put seven runs across to score a 15-12 win.

In the final Division 1 quarterfinal, Fond du Lac's Cinderella season continued with a 2-1 win in nine innings over Brookfield East. Fondy's run would end in the semi-finals that evening, as they fell to Eau Claire North 8-4. In the other game, Sun Prairie topped Burlington 6-1.

Eau Claire North had to rally again in the state championship game on Thursday, trailing Sun Prairie 4-2 in the bottom of the sixth. That's when Division 1 Player of the Year Sam Stange stepped to the plate with two on and two outs. He launched a deep home run to right center that proved to be the game-winner, as Eau Claire North won a 5-4 thriller, and their second state championship in school history.

The Wednesday schedule was impacted by rain, with both Division 2 semi-finals pushed until Thursday morning. Antigo took down top-ranked West De Pere 3-0, while Union Grove defeated McFarland 6-1. Antigo broke open the game in the fifth and sixth with a total of six runs to post an 8-3 win for the Division 2 title over Union Grove.

Markesan's Shane Ryan threw the 14th no-hitter in state tournament history as the Hornets topped Ozaukee 10-0 in five innings in a Division 3 semi-final. In the other game, Stratford powered past Boyceville 7-5. Stratford and Markesan were tied at three in the top of the seventh inning, as Stratford batted with two outs and no one on base. The next eight batters reached safely, as Stratford plated six runs and would top Markesan 9-4 for the Division 3 title.

Top-ranked Webster, last year's Division 3 state champion, squared off against two-time Division 4 champ Athens in a D4 semi-final on Wednesday. Webster got on the board first and led 2-0 after three innings and 4-1 before Athens cut it to 4-3 after six innings, but Jack Washburn came on to close the door in the seventh as Webster won 4-3. They'd face fellow unbeaten Mineral Point in the championship game, as the Pointers dispatched Belmont 6-2 in a semi-final. Mineral Point would strike first, but Webster came roaring back to score the final 11 runs of the game and post an 11-0 victory and second consecutive state championship.