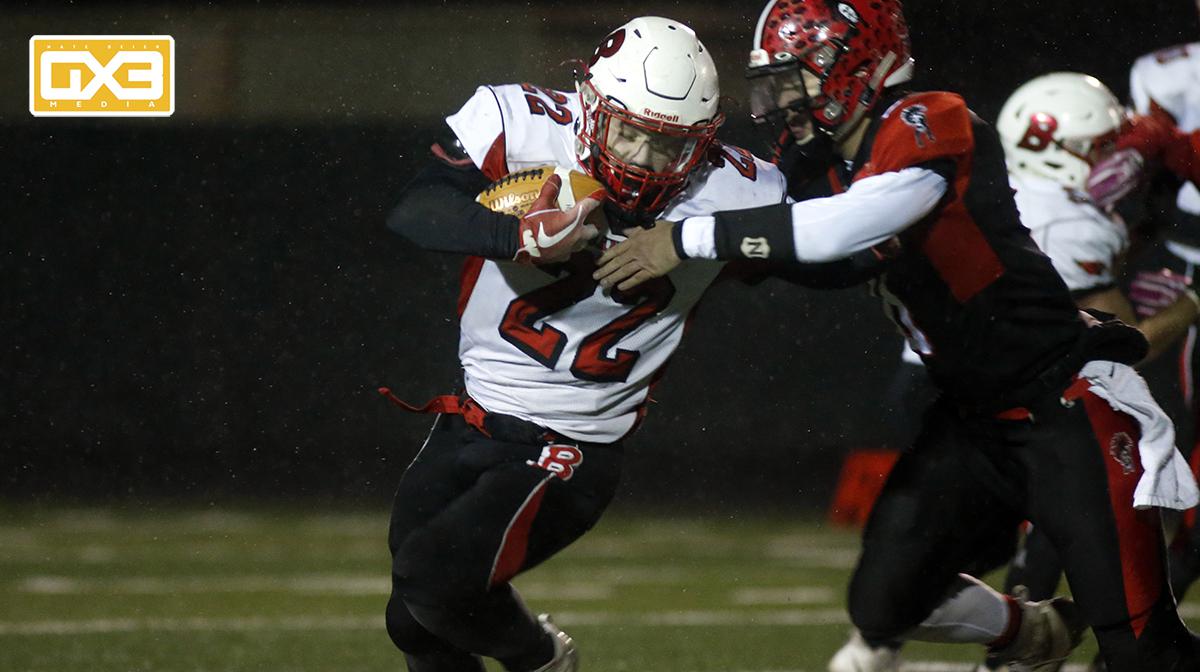 Muskego solidified its hold on the number one position in the Division 1 Coaches Poll with a win over Arrowhead, who had been fifth but slipped to eighth this week. Kimberly remains second, followed by the team the Papermakers will face this week, Fond du Lac. Bay Port is fourth, while Verona makes a huge jump from unranked to fifth this week after putting up more than 700 yards of offense in a win over Middleton. Also new this week are ninth-ranked Sussex Hamilton and tenth-ranked Franklin, with Marquette, Appleton North, and Oak Creek dropping out of the rankings.

It is still Waunakee by a good margin for the top spot in the Division 2 Coaches Poll, followed by defending champion Homestead. Brookfield Central's loss to Catholic Memorial last week resulted in the Lancers moving from third to fifth. Brookfield East leapfrogs Menasha to take the number three position this week. There were no changes in the bottom five of the rankings.

Catholic Memorial is a unanimous top pick in the Division 3 Coaches Poll once again, with New Berlin Eisenhower a near unanimous selection in the number two spot. Notre Dame's shocking shutout loss to Sheboygan South caused the Tritons to tumble all the way out of the poll this week after previously landing in the third spot. Menasha, Grafton, and Onalaska all move up a spot in the top five. Reedsburg's impressive road win over Monona Grove catapulted the Beavers from tenth to seventh this week. Berlin moves into the poll this week in the ten spot.

Racine St. Catherine's, the defending champion in Division 4, is the top-ranked team in D4 once again, followed by Wrightstown and Martin Luther. Kiel and Saint Croix Central move into the top five this week after being down the rankings a bit in Week 1. Dropping out of the poll after losses last week are Lakeside Lutheran (previously fourth), River Valley (fifth), and Edgerton (seventh). New teams in the poll are Northwestern, Freedom, and Lodi.

Stratford remains the number one ranked team in Division 5 by a wide margin, but there are a large number of changes elsewhere in the poll. Lake Country Lutheran had been second, but an overtime loss to Darlington dropped the Lightning to sixth this week. Defending champion Saint Mary's Springs went down at home to Amherst, and the 0-2 Ledgers slide from third to seventh this week. Speaking of Amherst, the Falcons ascend to the second position in the rankings, with Cedar Grove-Belgium, Lancaster, and Colby rounding out the top five. Chilton is new to this week's poll at number ten.

Regis is a heavy favorite atop the Division 6 rankings this week, as the Ramblers lead the way in a topsy-turvy division. Racine Lutheran is second, followed closely by Mineral Point. Abbotsford and Spring Valley round out the top five, while Darlington moves up from eighth to sixth after knocking off Lake Country Lutheran on the road. It is a bit surprising the Redbirds didn't move up even further. Benton/Scales Mound/Shullsburg enters the rankings at ninth, while defending champion Iola-Scandinavia remains in the poll despite an 0-2 start.

Bangor continues to hold a slight edge over Edgar for the top spot in the Division 7 rankings, with defending champion Black Hawk/Warren (IL) placed at the third spot after we received clarification from the WIAA last week regarding the enrollment figure for the new co-op program. Some other minor shuffling occurred, but no Division 7 teams suffered losses last week.

Not much changes at the top of the 8-Player Football coaches poll this week, as Luck remains a strong number one, followed by Newman Catholic. Rounding out the top five are Siren, Northwood/Solon Springs, and Suring. Algoma, Wabeno/Laona, and Phillips are new to this week's poll. Of note, defending champion Sevastopol dropped its second game in a row and is out of the rankings completely this week.