The Prairie School in Racine once again will be the site for the 3rd annual Wisconsin vs. Illinois Border Battle, set for February 8, 2020.

Seven games, pitting top teams from Wisconsin against top teams from Illinois, get underway at 11:00 a.m. when Brookfield Academy takes on New Trier.

Following is a brief look at each contest: 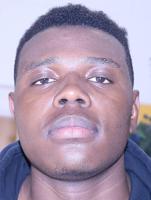 11:00 a.m. -- Brookfield Academy (WI) vs. New Trier (IL)
The Knights of Brookfield Academy return four key players from last year's club that finished 20-6. Seniors Aidan Clarey (6-2) and Alex Leach (6-6) both are receiving recruiting attention from NCAA Division II and III schools in the Midwest. Clarey averaged 19.8 ppg while Leach contributed 11.0 ppg and 7.8 rpg a year ago. Also back for coach Pat Clarey are talented juniors Max Kunnert (6-3) and Logan Landers (6-8). Kunnert averaged 13.3 ppg and 5.2 rpg while Landers contributed 14.1 ppg and 12.5 rpg. New Trier is a school of nearly 4,000 students, but coach Scott Fricke must replace all five starters from a year ago. Seniors Trevor Boehm (6-0) and John Carragher (6-3) are the top returning players for the Trevians. 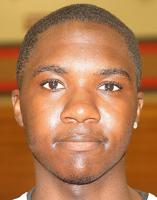 6:30 p.m. -- Sun Prairie (WI) vs. Antioch (IL)
Coach Jeff Boos begins his 25th season at Sun Prairie with two starters and a top reserve back from a club that finished 21-7 and lost to Brookfield Central in the WIAA Division 1 state-title game. Seniors Colin Schaefer (6-0) and Delaware Hale (6-6) are the starters back for the Cardinals. Schaefer, an exceptionally quick lead guard, averaged 11.3 ppg and 3.0 rpg as a junior while Hale, an athletic forward who can protect the rim, contributed 12.2 ppg and 3.8 rpg. Senior guard Dawson Hughes (5-11) also returns after averaging 7.2 ppg and 2.2 rpg in a reserve role a year ago. Antioch has an enrollment of more than 1,300 students and competes in the Northern Lake County Conference. The Sequoits finished 13-14 a year ago.

8:00 p.m. -- La Crosse Central (WI) vs. DeKalb (IL)
The Red Raiders of La Crosse Central hope to make it four straight trips to the WIAA Division 2 State Tournament come March, and veteran coach Todd Fergot appears to have the talent to accomplish that lofty feat. Senior guards Johnny (6-5) and Jordan (6-4) Davis return for their fourth year of varsity basketball. Both of the Davis brothers have committed to play college basketball at the University of Wisconsin. Also back from a year ago is senior forward Terrance Thompson (6-7), a bruising forward who owns several NCAA Division I scholarship offers of his own. DeKalb has an enrollment of just over 1,800 students and went 19-13 last season.