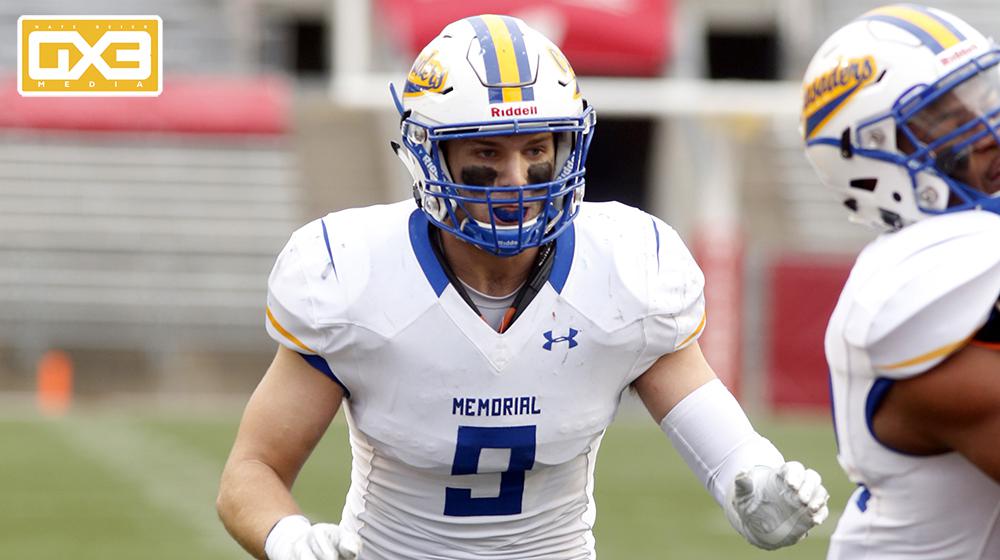 The John Anderson Award is given annually to the state's top senior linebacker as part of the WSN Senior Football Awards. The award is named after John Anderson, a former Waukesha South standout who went on to star at the University of Michigan and later with the Green Bay Packers.

The pre-season watch list was trimmed down to 22 semi-finalists, and six finalists for the award have now been selected. Winners are announced the week of the state finals.

Brett Boram, Menomonee Falls - Described as the heart of the defense by head coach Dan Lutz, Boram helped the Indians to a share of the Greater Metro Conference title with a stingy defense that was one of the area's best. In ten games he had 83 tackles, 19 tackles for loss, and nine sacks. A First Team All-Conference choice at linebacker and fullback, Boram is extremely physical and plays with an aggressive style.

Cole Dakovich, Catholic Memorial - Dakovich is an extremely versatile athlete who moved around on the defense, starting at end as needed before moving back to outside linebacker. He was also a threat at tight end, catching 27 passes for 292 yards and a couple scores. Over on defense the senior Wisconsin Badgers commit has recorded 69 total stops with six tackles for loss and two sacks.

Ben Kreul, Catholic Memorial - Kreul is a three-year starter in a very talented linebacking group at Catholic Memorial. The Purdue football commit has 125 tackles, six tackles for loss, and a fumble recovery touchdown in 13 games for the Crusaders. A key part of their state title winning defense last year, he has 322 tackles in his career.

Vinny Nigro, Marquette - Nigro is a tackling machine, following up a 145-tackle junior season with 167 tackles in 12 games for the Hilltoppers. He's added 14 tackles for loss, two sacks, two forced fumbles, and an interception as well. "Vinny is a sideline to sideline run wrecker that is extremely strong at the point of attack and hellish on an inside blitz," said head coach Jeff Mazurczak.

Riley Nowakowski, Marquette - Nowakowski got a bit more involved on the offensive side of things as a senior but remained a stalwart on the defense. Another huge season saw him put up 126 tackles, 29 tackles for loss, three sacks, four forced fumbles, and two interceptions in 2019. Playing outside linebacker for the Hilltoppers, he's adept at setting the edge and working across the line of scrimmage as well as playing in space. He holds offers from more than 20 Division 1 schools.

Call Verlanic, Bay Port - Verlanic was recently named the FRCC Linebacker of the Year after a third stellar season on the varsity defense for head coach Gary Westerman. An Honorable Mention All-State pick last year, he has accumulated 92 tackles with 19 tackles for loss, three sacks, and two interceptions in his senior campaign. For his three-year career he has 284 tackles with 34 tackles for loss.