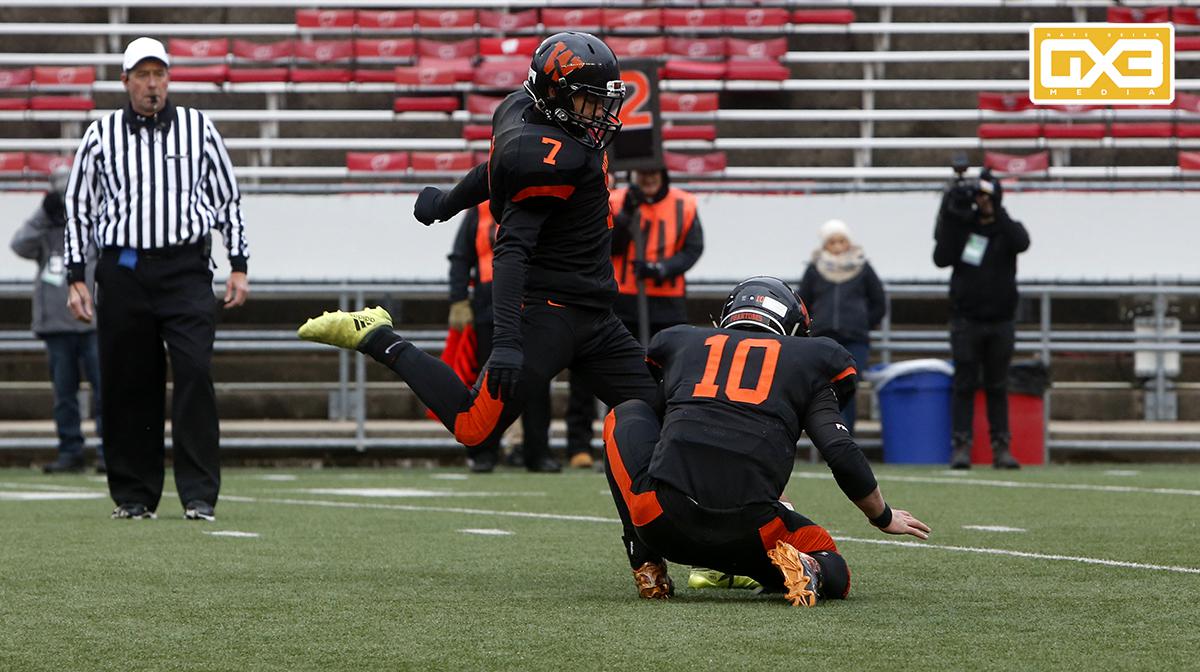 The Kevin Stemke Award is presented annually to the state's top senior kicker or punter as part of the WSN Senior Football Awards. The award is named after former Green Bay Preble and University of Wisconsin standout Kevin Stemke. At Wisconsin, Stemke was presented with the Ray Guy Award as the nation's top punter and holds UW records for highest punting average in a career (43.5) and total punting yards (10,660).

The pre-season watch list was trimmed down to 10 semi-finalists, and five finalists for the award have now been selected. Winners are announced the week of the state finals.

Sawyer Grovogel, West De Pere - Grovogel is one-for-two on field goals this year but has posted an outstanding season on the team's many extra points. In 11 games he made 79-of-80 extra points for the Phantoms.

Dragan Kesich, Oak Creek - Kesich is one of the top-rated specialists in the state, serving as both the punter and kicker for the Knights. He has connected on six field goals this year and made 21-of-22 extra points. Kesich averages 39.6 yards per punt.

Joey Prondzinski, Brookfield East - Prondzinski has handled the punting and kicking duties for the Spartans the last two seasons. This year he is 11-of-13 on field goals, twice connecting from 44-yards out. He's 45-of-47 on extra points and averages 32 yards per punt, placing 17 of 46 inside the 20-yard line.

Jake Wuebben, Middleton - Wuebben is an outstanding defensive player for the Cardinals, earning First Team All-Conference recognition at end. He was also a First Team punter, averaging 43.4 yards per punt in the regular season with eight of 28 punts going inside the 20-yard line.

Jack Van Dyke, Neenah - Committed to Wisconsin as a preferred walk-on, Van Dyke was a First Team All-Conference selection as a punter and kicker. He's made all eight field goals this year along with 28-of-29 extra points. Van Dyke averages 36.3 yards per punt.