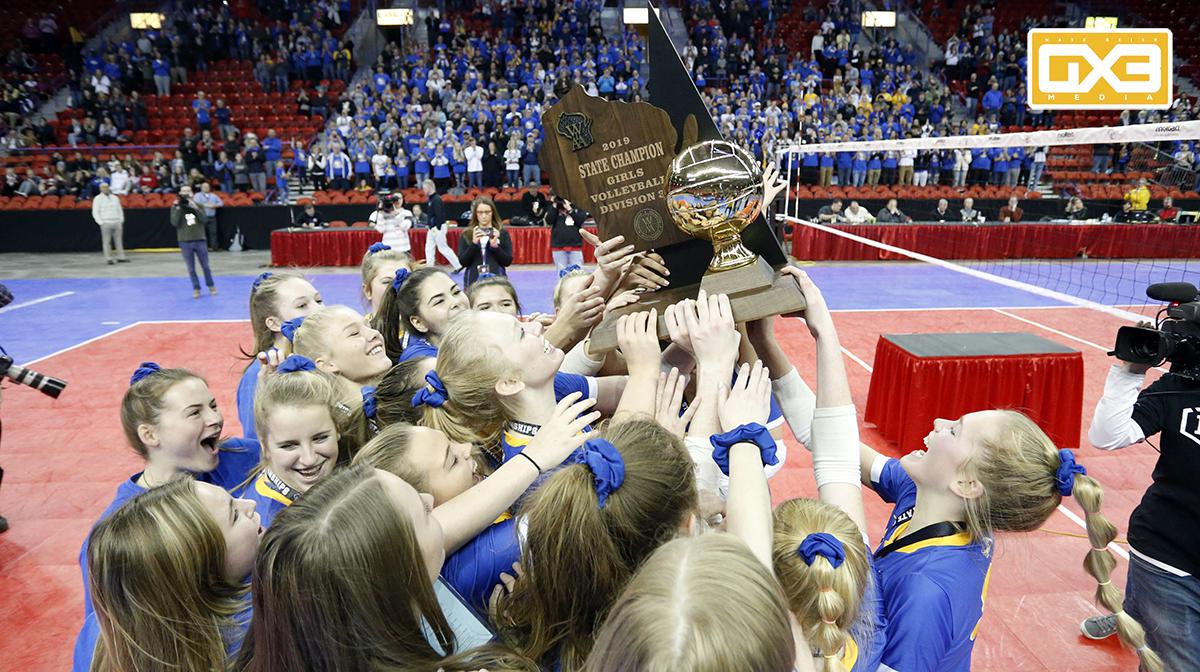 Champions were crowned at the Resch Center on Saturday in the first-ever combined Boys and Girls WIAA Volleyball State Championships.

In the boys' tournament, top-seeded Kimberly scored a straight-set win over Kettle Moraine in the quarterfinals and did the same against Brookfield East to advance to a second consecutive title game. After finishing as the runners-up last season, the Papermakers scored a three sets to one win over Germantown to claim the school's first championship.

On the girls side, Arrowhead won its first state title by defeating Oconomowoc in straight sets in the Division 1 final. The Warhawks, who earned the top seed coming into the tournament, beat Sun Prairie in the quarterfinals before posting a straight-set win over two-time defending state champion Burlington in the semi-finals.

Third-seeded Luxemburg-Casco downed second-seeded Wisconsin Lutheran in the Division 2 state semi-finals before a straight set victory against top-seeded McFarland in the championship contest. It is the first title for the Spartans after a runner-up finish in their only other appearance in 2017.

Top-seeded Howards Grove was a dominating winner over Fall Creek in the Division 3 state semi-finals. In the championship match, it was another straight set win for the Tigers, this time over Aquinas.

Clear Lake capped off a perfect 2019 season with a straight set win over Catholic Central to claim the Division 4 state title. Finishing 38-0, the Lakers dispatched Newman Catholic in the semi-finals in straight sets.