WFCA announces 2019 All-State and Player of the Year Awards 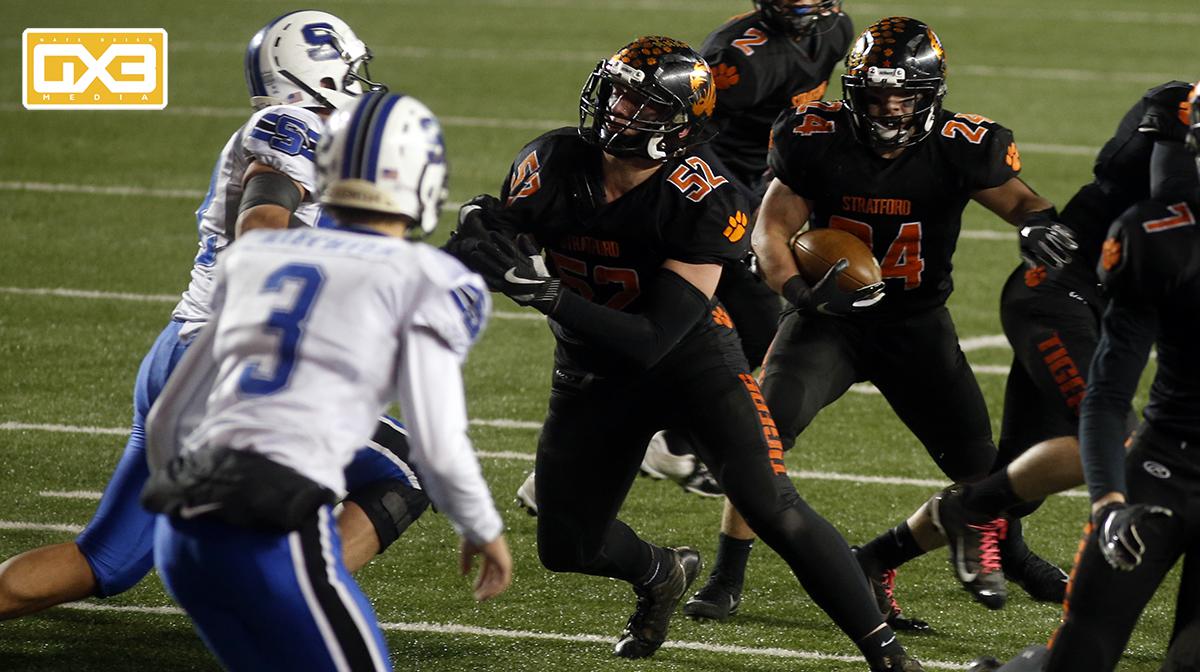 The Wisconsin Football Coaches Association has announced its All-State, Player of the Year, and Assistant Coach of the Year Awards for 2019. The WFCA is producing separate Large School and Small School All-State Teams once again, with six players also identified as part of an 8-Player All-State Team.

The WFCA Coach of the Year honor, which is presented in conjunction with the Green Bay Packers, will be announced after the playoffs.

Bay Port senior running back Isaiah Gash was chosen as the WFCA Large School Offensive Player of the Year. A return choice on the Large School All-State Team, Gash is a key part of a Bay Port team that has broken through to the state championship game. Despite missing two games with injury and rarely playing in the second half of many others due to blowouts, he has racked up 1,731 yards and 30 touchdowns on 181 carries, averaging 9.6 yards per attempt. He has more than 4200 rushing yards for his career with 75 rushing scores.

Hunter Wohler, a junior defensive back from Muskego, was named the Large School Defensive Player of the Year. One of the top-ranked Class of 2021 players in the country, Wohler is one of the best defensive back prospects in Wisconsin in many years. A downhill safety with incredible range to make tackles sideline to sideline and create havoc in the passing game, he leads the defending champion Warriors with 111 tackles. He also has three tackles for loss and a pair of interceptions heading into the state championship game.

Racine Lutheran senior running back Tyler Tenner received Small School Offensive Player of the Year recognition. Tenner broke the state's all-time rushing record, set just last season by Iola-Scandinavia's Bryce Huettner. His 6,932 career yards are a new mark in the state. For the season, Tenner had 2,315 yards and 31 touchdowns on 238 carries, an average of 9.7 yards per attempt. He also had four receiving touchdowns, played defense full-time, and was a dangerous return man for the Crusaders, who went undefeated until a Level 3 loss to Saint Mary's Springs.

Small School Defensive Player of the Year honors went to Stratford defensive lineman Ben Barten. A two-way star, Barten was a key part of a Stratford defense that did not allow a point until the state semi-finals. Despite sitting out the second half of most games as a result of blowouts, he has recorded 58 tackles, 13 tackles for loss, and three sacks for the Tigers. A Badgers commit who earned First Team All-State on both offense and defense as a junior, he has was a two-way choice this season.

Reed Farrington of Edgerton (offensive line, defensive line) and Carter Horstman of Bangor (running back, inside linebacker) joined Barten as the only two-way All-State selections.

Marshall Lehman of Stratford was selected as the WFCA Assistant Coach of the Year.

Speaking of 8-Player, the WFCA produced a six-member, 8-Player All-State Team this year. Luck senior Levi Jensen was the 8-Player Football Player of the Year after helping the Cardinals to an unbeaten state title.