Each week WSN will take a look at the happenings in the Wisconsin Collegiate Conference, which includes many of the two-year campuses in the UW system. A look back at the big performances and news from the week before, a look ahead to some of the big games coming up, plus a Player of the Week will be featured.

Waukesha rebounded from its first league loss earlier in the week to take down Marshfield 98-85 on Friday night, despite five players in double-figures for Marshfield. Unfortunately no stats information has been entered for Waukesha.

Waukesha would go down on Saturday afternoon, dropping a 108-97 overtime decision against Wausau.

Washington leaned heavily on the trio of Seth Perez (Port Washington High School), David Britton (Mountaintop Christian), and Zach Smith (West Bend East) to post a 92-69 win over Marshfield. All three players scored at least 20 points as the team connected on 13-of-24 shots from behind the three-point line.

Manitowoc closed things out on Saturday with an 87-77 win over Richland as Kam Holmes led five players in double figures with 23 points.

This is the last full week of games before the holiday break, with five games on the schedule tonight and just one taking place next week.

Washington was impressive over the weekend with a win over Marshfield, and the Wildcats are looking to keep the momentum going against a Manitowoc team sitting in a tie for second in the East Division currently.

The premier match-up in the East, however, features Waukesha traveling to league-leading Sheboygan. The host Wombats have already played a total of 12 games, the last five of the non-conference variety, and are coming off a hotly contested non-league game against Lakeland's JV in a 113-108 loss on Monday.

The current top team in the West Division will get a test as well, as the Fighting Spirits of Baraboo travel to Marshfield. 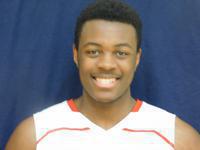 The Washington Wildcats scored a much-needed win, even if a non-league game, with a 92-69 decision over Marshfield at the JustAGame Fieldhouse in Wisconsin Dells on Saturday. The Wildcats shot extremely well from the floor and the foul line, best exemplified by second-year player David Britton. In scoring a game-high 29 points, Britton connected on nine-of-16 field goals overall, including five-of-ten three-point attempts. He also went six-of-seven from the free throw line in the victory.