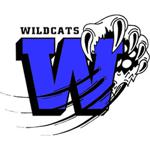 Oshkosh West junior Alec Hunter has been selected as the PlayInTheDells.com Athlete of the Week after a vote on WSN.

There were 4,027 total votes this week. Alec topped all vote getters with 1,295 votes. Kettle Moraine's Grace Grocholski came in second with 1,147 votes.

Alec took home an individual title this past week at the Battle of the Bay in Bay Port in the 120 pound weight class. To do so, he had to go up against some stiff competition. In the semi-finals, he topped tenth ranked Michael Smith of Appleton North by a 7-1 decision. Alec then bested sixth ranked Cody Goebel of Mukwonago 6-1 in the finals.

Hunter, just a junior, is the top ranked wrestler in his weight in all of Division according to Wisconsin Wrestling Online.