Here are the Wisconsin Sports Network weekly award winners in boys' basketball for the games played December 15 through December 21:

Adam Diedrich, 6-3, Sr., G, Hilbert
An outstanding baseball player who has signed with NCAA Division II Augustana University of Sioux Falls, South Dakota, Diedrich can more than hold his own on the basketball court as well. A mobile, athletic and aggressive wing guard, Diedrich helped the Wolves to Big East Conference triumphs over St. Mary Catholic and Howards Grove last week. He scored 29 points and made all 10 of his foul shots in 69-46 win over visiting St. Mary Catholic. Two days later, he scored 22 points in a 48-47 overtime win over traditionally tough Howards Grove. Earlier in the season, Diedrich scored 39 points and grabbed 7 rebounds in an 80-68 loss to Kohler. On the season, Diedrich is averaging 29.7 ppg for Hilbert, which is 4-2 under first-year coach Tanner Schieve. 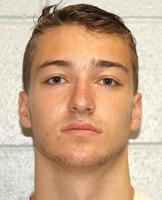 Lomira LIons
The Lions improved to 6-0 overall and 4-0 within the Flyway Conference last week as they went on the road to notch a 57-51 victory over Ripon on Tuesday and then recorded a 53-51 triumph at St. Mary's Springs on Thursday. Now in his 14th year as the head coach at Lomira, Tyler Witkowski is hoping his club can improve upon 13-10 and 15-8 finishes of the past two seasons. Against Ripon, Lomira got 18 points and 8 rebounds from 6-foot-7 senior center Jake Lax. Senior guard Kaleb Weston (6-0) added 16 points and 4 rebounds. The Lions overcame a 24-21 halftime deficit against St. Mary's Springs behind 15-point outings from both Weston and senior guard Colin Yanke (6-0). Lomira, which is tied for first place in the Flyway Conference standings with Winnebago Lutheran, plays host to Campbellsport in a non-league game on Friday.

Todd Marks, Eau Claire North
Former Bloomer coach Todd Marks is making his mark these days in Eau Claire, where he has turned the Eau Claire North basketball program into a power in the Big Rivers Conference. Marks' four-plus year record at Eau Claire North improved to 70-32 last week with road wins over Wisconsin Rapids Lincoln and River Falls. Last Tuesday in Wisconsin Rapids, Marks' terrific backcourt trio of seniors Ashton Kallstrom (6-0) and Dalton Banks (6-2), along with junior Chad Kron (6-0), accounted for 71 points in an 81-75 triumph. Kallstrom, one of the most improved players in the Big Rivers, scored 27 points while Banks, headed to Southern Illinois in the fall on a NCAA Division I basketball scholarship, added 25 points and 15 rebounds. Kron contributed 19 points in the victory. In a league matchup at River Falls last Friday, Banks had 24 points and senior forward Luke Warren (6-2) added 20 as the Huskies improved to 6-0 with a 78-56 victory. Eau Claire North and Eau Claire Memorial are currently tied for first place in the Big Rivers.