Here are the Wisconsin Sports Network weekly award winners in boys' basketball for the games played December 30 through January 4: 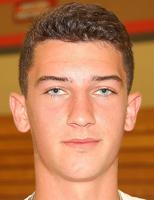 Jake Gross, 6-4, G/F, Sr., Kenosha Tremper
The Trojans of Kenosha Tremper have reeled off victories in eight of their first nine games under coach Ben Chamness. Gross' strong play on both ends of the court is a major reason for Tremper's success. A very good perimeter shooter who can also use his size and strength to overpower smaller defenders, Gross scored 21 points, grabbed 11 rebounds, had 2 assists and came up with 5 steals Friday in the Trojans' 78-71 win over Franklin in Southeast Conference play. Gross got plenty of help from his teammates, including senior Jyon Young (6-2), who contributed 26 points, 3 rebounds and 2 assists. On the season, Gross is averaging 18.7 points, a team-best 8.6 rebounds and 2.3 steals per contest for Tremper, which hosts Kenosha Bradford Tuesday before playing at Racine Horlick on Friday.

Reedsburg Beavers
Coach Josh Rupnow's squad is off to a terrific start as the Beavers improved to 10-0 with a 71-52 victory over visiting Mount Horeb in a Badger North Conference game on Saturday. Reedsburg does not boast a tall team, but the Beavers feature a balanced lineup that includes plenty of skill, experience and determination. Rupnow had five players reach double figures in scoring in the triumph over Mount Horeb with junior Zach Bestor (5-10) leading the way with 18 points and 6 rebounds. Senior Max Tully (6-3) added 14 points and 6 assists while senior point guard Will Fuhrmann (6-1) contributed 13 points and 5 rebounds. Seniors Zach Hale (6-0) and Carter Daniels (6-2) added 12 and 11 points, respectively. Earlier in the week, Bestor went off for 31 points while also grabbing 8 rebounds and dishing out 2 assists in a 60-46 win at River Valley. Daniels added 15 points and Fuhrmann nearly had a triple double with 10 points, 10 rebounds and 7 assists. The Beavers get into the heart of their schedule over the next two weeks with huge Badger North outings against DeForest and Waunakee.

Jon Murphy, Seymour
When Seymour defeated Medford 72-63 recently, Thunder coach Jon Murphy recorded the 600th victory of his remarkable 33-year coaching career at the Bay Conference school. Murphy is just the sixth coach in state history to reach 600 victories. Here is a list of the state's winningest coaches. Of course, Murphy is much more excited about the accomplishments of his team, which takes an 8-0 record into Tuesday's Bay Conference showdown against visiting Xavier. Murphy's son, senior guard Riley Murphy (6-0), recently became the 12th player in school history to score 1,000 career points and his father coached all 12. Jack Murphy is averaging 16.0 ppg. Junior Mason Dorn (6-1), who has grown several inches over the past year, is having an enormous season for the Thunder as he ranks among the state leaders in scoring at 28.4 ppg. Twelve of Murphy's teams at Seymour have advanced to the WIAA State Tournament with the Thunder winning state championships in 1997, 2001 and 2006. Murphy is hoping his 33rd squad at Seymour, one that includes his youngest son, can become team No. 13 under his watch to play in Madison on the big stage come March.