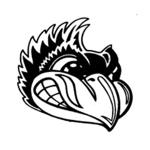 Menasha senior Cullen Quick has been selected as the PlayInTheDells.com Athlete of the Week after a vote on WSN.

There were 1,674 total votes this week. Cullen topped all vote getters with 631 votes. Waunakee's Caden Nelson came in second with 300 votes.

Cullen was absolutely dominant this past weekend at the Ken Heine Blackshirt Invite at Waukesha South. En route to an individual title in the heavyweight division, Cullen recorded a pin in each of his three matches, including an eight second pin in the semifinals. Throughout his three matches, Cullen spent just over six minutes as the mat. Cullen, the second ranked heavyweight in Division 1 in the state, ran rough shot through his competition at the invite.