Here are the Wisconsin Sports Network weekly award winners in boys' basketball for the games played Jan. 27 through February 1:

Sam Ludwig, 6-0, Jr., G, New Berlin Eisenhower
In the long and storied history of the boys' basketball program at Eisenhower High School in New Berlin, no player ever reached the scoring heights Sam Ludwig accomplished last Friday in a 102-87 Woodland Conference West triumph over West Allis Central. A 6-foot-0 junior guard who averaged 8.6 points per game as a part-time starter during his sophomore season, Ludwig exploded for a school-record 51 points against West Allis Central. He made 12-of-14 attempts from the free-throw line and scored 25 points in the first half and 26 in the second half while helping the Lions improve to 13-3 under coach Scott Witt. Earlier in the week, Ludwig scored 25 points in a 78-65 league-win over Greendale. On the campaign, Ludwig is averaging a team-best 19.9 ppg as Eisenhower sits in first place in the league standings, one game ahead of second-place Wisconsin Lutheran. 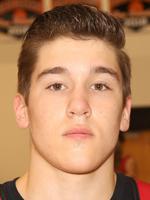 Manitowoc Lincoln Ships
A program which has advanced to the WIAA State Tournament 12 times in its successful history had fallen on tough times in recent seasons, but Manitowoc Lincoln appears to be righting its "Ship" in 2019-20. The Ships extended their winning streak to five games last week and avenged a pair of earlier losses with home victories over traditional Fox River Classic Conference powers Bay Port and De Pere. Manitowoc Lincoln improved to 9-6 overall and 6-5 in league play with a 72-61 win over De Pere last Friday. Junior Mason Dopirak (6-2), who recently surpassed 1,000 career points, led the way with 24 points and nine rebounds while senior Josh Hoffman (6-3) added 21 points and 11 rebounds. The triumph snapped a 22-game losing streak to DePere that dated back to February 13, 2009 when Lincoln guard Nathan Zastrow scored 25 points to lift Manitowoc to a 67-66 win over De Pere. Last Tuesday, Dopirak scored 31 points while Hoffman added 16 points, 12 rebounds and 6 assists in a 76-62 win over Bay Port. The triumph ended a seven-game losing streak to the Pirates. Coach Thadd Cornell's Ships shoot for win No. 6 in a row Tuesday when they host Sheboygan South. 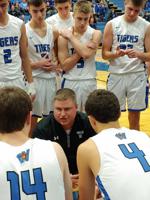 Cory Haese, Wrightstown
Reaching the 300-victory mark is a huge accomplishment for any coach, but veteran mentor Cory Haese of Wrightstown likely would turn in all of those triumphs if the unbeaten Tigers could manage to qualify for the school's first trip to the WIAA State Tournament next month. One of the true nice guys in the coaching profession, Haese guided the Tigers to their 16th win without a loss, and in the process recorded career win No. 300, last Friday as Wrightstown handled North Eastern Conference rival Marinette, 84-43. Haese's record during his 22-year career in Wrightstown stands at 284-206, including a 20-5 mark and share of the league title last season. With leading scorer Mayson Hazaert (6-4) moving on to UW-Stevens Point, the Tigers most certainly had some big shoes to fill in their lineup entering 2019-20. But Haese has utilized an extremely deep roster to pummel opponents all season as the Tigers have won all but three of their contests by double figures. Haese's son, Sam, leads the team in scoring at 15.4 ppg. The 6-foot-3 junior also tops the team in rebounding at 4.9 rpg. Coach Haese has nine players in his lineup who average at least 4.9 ppg, making them one of the deepest teams in the state. Ranked No. 3 among WIAA Division 3 schools in Wisconsin in the most recent WisSports.net Coaches Poll, Wrightstown goes after victory No. 17 without a loss on Thursday at Clintonville.