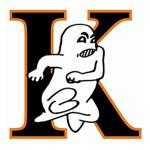 Kaukauna junior Jager Eisch has been selected as the PlayInTheDells.com Athlete of the Week after a vote on WSN.

There were 8,872 total votes this week. Jager topped all vote getters with 3,524 votes. Middleton's Sitori Tanin came in a very close second with 3,445 votes.

Jager came into lat weekend's Pulaski Invite as the second ranked wrestler in his weight class in Division 1 in the state of Wisconsin. He went on to win the 132 pound title at the Invite and to do so, had to top some impressive wins. In the finals, he took down Luxemburg-Casco's Lucas Joniaux. Lucas is the top ranked wrestler in Division 2 in his weight class and Jager secured a sudden 6-4 victory in the title bout. On the season Jager is 32-3 overall.