Here are the Wisconsin Sports Network weekly award winners in boys' basketball for the games played February 17 through February 22: 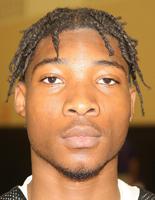 Tyrese Hunter, 6-1, Jr., G, Racine St. Catherine's
Turning in the most productive game of his three-year varsity career, Hunter scored 41 points, made nine three-point baskets and grabbed eight rebounds last Friday to lead the Angels of Racine St. Catherine's to a resounding 79-53 victory over rival Dominican. The triumph clinched the Metro Classic Conference championship for the Angels, who are 21-0 and ranked No. 1 among WIAA Division 3 teams in the state in the WisSports.net Coaches Poll. Ranked as the No. 2 junior prospect in the state in the WisSports.net Player Rankings, Hunter is averaging 21.0 points, 7.0 rebounds and 3.7 assists while also playing lock-down man-to-man defense. Hunter owns NCAA Division I scholarship offers from DePaul, Bradley, Loyola of Chicago, Minnesota and Texas A&M, among others.

Chippewa Falls Cardinals
In search of their first title in the Big Rivers Conference since the 1987-88 season, Chippewa Falls is one game ahead of second-place Eau Claire North with two league games left this week. If the Cardinals win at Menomonie Tuesday and at River Falls Thursday, they will secure the undisputed title in the seven-team league and finish the regular season with an 18-4 record. Last Monday, senior Peyton Rogers-Schmidt (6-6) made a baseline jump shot in the final seconds to lift Chippewa Falls to a 59-56 win over River Falls. Rogers-Schmidt finished the game with 27 points and nine rebounds while junior Joe Reuter (6-4) added 12 points, six rebounds and five assists. Thursday evening, Chippewa Falls recorded a 59-51 win over Medford, the champion of the Great Northern Conference. Rogers-Schmidt had 23 points, eight rebounds and four steals while Reuter contributed 10 points and five assists. Senior guard Nick Bruder (6-2) added 15 points. And then last Saturday, Chippewa Falls went on the road to notch a 55-50 win over Oshkosh West behind Reuter and Bruder as each player scored 17 points. 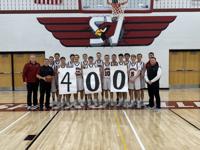