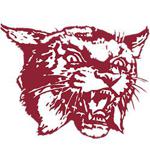 Birchwood senior Matthew Marcinske has been selected as the PlayInTheDells.com Athlete of the Week after a vote on WSN.

There were 5,538 total votes this week. Matthew topped all vote getters with 2,145 votes. Martin Luther's Sydney Burris came in second with 2,080 votes.

Tuesday in an 87-66 opening round win over Butternut, Matthew was at it again. He scored 42 points to lead Birchwood to a Regional Semi-Final match up with South Shore.