The finalists for the top senior post award have been selected. Winners are announced the week of the state tournament. 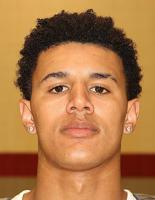 Johnny Davis, 6-5, Sr., WG, La Crosse Central
The University of Wisconsin recruit, now in his fourth year of varsity competition at La Crosse Central, has been nothing short of phenomenal for much of the season. The ever-aggressive and super-athletic wing guard is averaging 27.7 points for La Crosse Central, which takes a 19-5 record into sectional play. Davis scored a season-high 44 points in a triumph over city-rival La Crosse Logan, and had 42 points in a loss to Minnehaha Academy, one of the top teams in the Midwest. Davis has scored 2,125 points during his fabulous prep career and is at times unstoppable when attacking the basket.

Carter Gilmore, 6-7, Sr., G/F, Arrowhead
A preferred walk-on for the University of Wisconsin who very well could earn a scholarship from the Badger coaching staff down the road a bit, Gilmore has been sensational all season for an Arrowhead team that won the Classic Eight Conference crown and takes a 23-1 record into sectionals. The all-time leading scorer in Arrowhead history, Gilmore set a single-game school record by scoring 49 points in the Warhawks' regional final win over Menomonee Falls. He is averaging 26.8 points, 10.8 rebounds and 5.5 assists for coach Craig Haase and the Warhawks. Gilmore is a two-time Player of the Year in the Classic Eight, due in large part to his ability to play multiple positions and impact the game with his scoring, rebounding and passing. 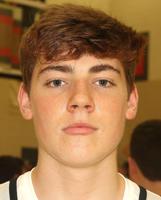 Alex Huibregtse, 6-4, Sr., WG, Grafton
The NCAA Division I recruit for Wright State led the North Shore Conference in scoring at a robust 24.2 points per game. He also finished second in the league in assists at 4.5 apg. A terrific outside shooter with good physical strength, Huibregtse competes with a high basketball IQ and genuine passion for the game. He scored a career-high 39 points in a triumph over Hartford this season and completed his career with more than 1,300 points. He also shot an extremely impressive 47 percent from three-point range, making 79 of 167 attempts.

Peyton Rogers-Schmidt, 6-6, Sr., G/F, Chippewa Falls
The late bloomer has been outstanding for the Cardinals, who won the Big Rivers Conference championship, the first title in boys' basketball at Chippewa Falls since 1988. A versatile and extremely athletic wing prospect, Rogers-Schmidt finishes off drives well above the rim, can block/alter shots on the other end of the court, and can facilitate the Cardinals' offense off the dribble. Rogers-Schmidt is averaging 17.2 points and 9.6 rebounds for a Chippewa Falls squad that is 19-5 heading into sectional action.

Tyrell Stuttley, 6-5, Sr., WF, Onalaska
A physically strong wing prospect who can guard multiple positions, Stuttley is the top scorer and rebounder for a very, very good Onalaska squad. The NCAA Division II recruit for Minnesota State Mankato is averaging 14.1 points and 6.3 rebounds for the balanced Hilltoppers, who take a 23-1 record and the Mississippi Valley Conference championship into sectional play. In addition to Stuttley's ability to score and rebound, he also provides coach Craig Kowal with outstanding defense and regularly draws the assignment of guarding the opponent's top offensive player.