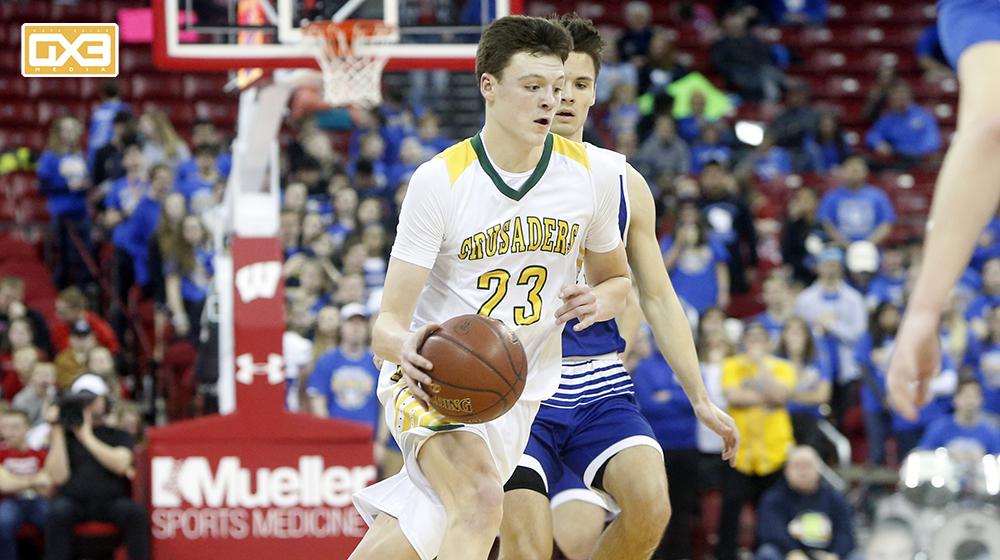 We begin with a rundown of the top scorers from the season. Highlighting things is Sheboygan Lutheran's Jacob Ognacevic, who put together one of the most prolific seasons we've ever seen. The 6'8" Valparaiso commit averaged a state-best 39.4 points per contest, with a season-low of 24 points. On 14 occasions he poured in at least 40 points, eclipsing 50 points three times.

Ognacevic's 1,024 points this year make him just the third player in state history to score more than 1,000 in a season, joining Anthony Pieper (twice) and Mickey Crowe. In addition, he moves into sixth place on the all-time scoring list with 2,501.

Division 1's leading scorer this season was Arrowhead senior Carter Gilmore, who will walk-on at Wisconsin, as he poured in 26.8 points per game for the Warhawks. Division 2 was led by Wausau East's Gabe Krueger, who averaged 28.3 points per game while shooting an incredible 66.3% from the field. Prescott senior guard Parker Nielsen edged out East Troy's AJ Vukovich by less than one-hundredth of a point per game to top Division 3 at 27.9. Division 4's top scorer was Anthony Jones of Destiny, who averaged 33.1 per contest, including 64 in a victory over Milwaukee Collegiate Academy in early February.

Below are the scoring leaders for the 2019-20 season, with the top 50 overall plus the top 20 for each division. Players who did not have complete information entered by their coach were not included.