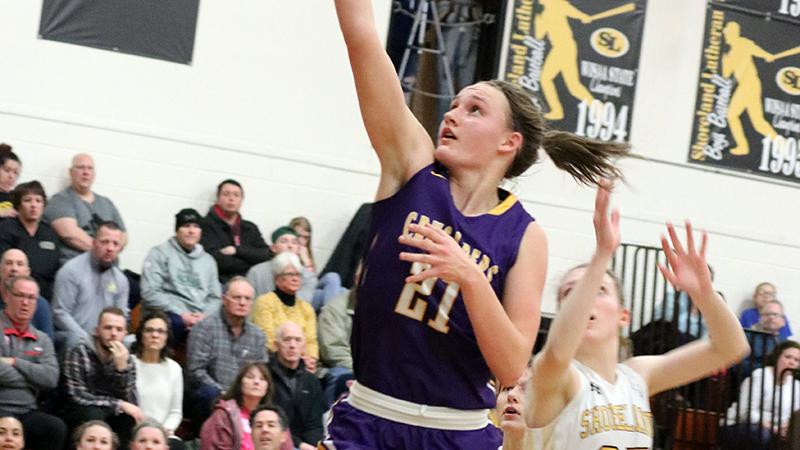 The 2019-20 girls' basketball season ended unexpectedly, after the Division 3 and Division 4 state semifinals, but we will still take some time look back at the year's top performers.

We begin with a rundown of the top scorers from the season. Leading the way is Racine Lutheran senior Caroline Strande, who put together one of the top scoring performances in state history. The 5-foot-11 Minnesota signee averaged 35.3 points per game. Strande scored 40 or more points in seven games this season, including scoring a career-best 45 points in a win over Wilmot.

She finished with 882 points this season, which puts her fourth on the state's single season scoring list. Caroline's 2,539 career points are fifth all-time in girls' basketball state history.

The top scorer in Division 1 was Stevens Point senior Leah Earnest, a Valparaiso signee, who averaged 27.8 points per contest and finished her career with 2,084 points.

Division 2 was led by Green Bay Southwest's Jaddan Simmons, an Arizona State signee, who averaged 21.6 points per game and ended her career with 1,936 points.

In Division 3, Prescott junior Isabella Lenz averaged 23.7 points per contest to lead the division and had a 51-point performance this season.

Below are the scoring leaders for the 2019-20 season, with the top 50 overall plus the top 20 for each division. Players who did not have complete information entered by their coach were not included.