2019-20 Games To Remember (No. 6): Blair-Taylor rallies past Bangor in Division 5 playoffs 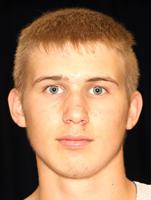 The strong performances by Waldera and Steien propelled Blair-Taylor to a 62-61 come-from-behind victory over a Bangor squad it had lost to 64-44 earlier in the season in Bangor.

Blair-Taylor and Bangor each ended the season with 24-2 records after the Wildcats' sectional final contest with Wauzeka-Steuben was cancelled due to COVID-19.

Bangor had built a 14-point lead over Blair-Taylor with just under 10 minutes left in the contest before the Wildcats switched defenses to a man-to-man and began to rally.

"We had some legs left at the end of the game," Blair-Taylor coach Randy Strolie recalled. "We had some easy practice time and wanted to be fresh for the game.

"Our kids just wanted to keep playing basketball. Their will to win was outstanding. We wanted to get to the basket and to the free-throw line and that's exactly what we did."

Blair-Taylor took its first lead of the second half on a spin move by Waldera with 47 seconds left. After Bangor scored on the other end to regain the lead, Waldera again scored with 20 seconds left to make the score 62-61.

Bangor missed a shot with 15 seconds left, but the Cardinals got the ball back following a Blair-Taylor turnover with 12 seconds remaining.

Storlie opted to go to a zone defense for the last possession and that decision proved to be vital as Blair-Taylor hung on for the triumph after a scoop shot in the lane by Tanner Jones was off the mark.

"The elation on the kids' faces after the game was really something to remember," Storlie said. "We were playing some really good basketball at the end of the season, winning 12 straight. We think we will have another really good team next season."

The triumph was especially sweet for Blair-Taylor when you consider the Wildcats lost to Bangor 68-65 in last year's Division 5 sectional semifinals on a late three-point basket by the Cardinals' Zane Langrehr.