Wisconsin will never be confused with Texas or Florida when it comes to producing NFL talent, but the state has continued to churn out NFL Draft picks year-after-year, including big names like the Watt brothers, Kevin Zeitler, Brandon Brooks, Melvin Gordon, Trae Waynes, Joe Schobert, Eric Murray, Ryan Ramczyk, and others.

After two straight years of just a single Wisconsin high school player selected in the Draft (Madison Memorial's Daurice Fountain in 2018 and Green Bay Southwest's Max Scharping last year), a total of six players were selected in this year's Draft, matching the highest single-season number in more than a decade.

Below are profiles of each of the six drafted players, as #wisfb standouts and their path to the Draft.

Baun was projected as high as the first round, but was grabbed by the New Orleans Saints, who traded up to the tenth pick of the third round to get the former Brown Deer High School star. While he played linebacker at Wisconsin and will do so in the NFL as well, Baun made his name as a dual-threat quarterback at Brown Deer, where he put up two historic seasons for the Falcons. A WFCA Honorable Mention All-State choice as a junior, he ran for 2,086 yards and 28 touchdowns with 1,125 passing yards and seven touchdowns through the air. He was named the WFCA Offensive Player of the Year as a senior when he threw for 1,936 yards and 20 touchdowns to go with 1,837 yards and 39 touchdowns on the ground. He was also a part of two basketball state titles for the Falcons. Recruited as an athlete at Wisconsin, he struggled with injuries early in his career but had a breakout junior campaign in 2018, starting all 13 games with 63 total tackles. He blossomed into a consensus All-American as a senior when he recorded 12.5 sacks, third in school history.

Morgan's strong physical traits made him one of the fastest risers of this year's quarterback class. The New York Jets snapped him up with the 19th pick of the fourth round, the 125th selection overall. A two-time FRCC Offensive Player of the Year and WFCA Honorable Mention All-State selection, Morgan was a three-year starter at Ashwaubenon, piling up 7,507 passing yards with 30 touchdowns. As a senior he tossed 34 scores with 3,424 yards while completing 57.2% of his passes in 11 games. Morgan committed to Bowling Green, and after a redshirt year, started seven games as a freshman for the Falcons. He started six games the following season, but would transfer to Florida International following his sophomore campaign. He quickly took over as the team's starter, setting the school's passing touchdown record as a junior. He following it up with a strong senior season that saw him throw for 2,585 yards and 14 touchdowns while completing 58% of his passes.

Bredeson has been on the fast track to success for a number of years, and performed at a high level in high school and college before his selection in the fourth round of the NFL Draft by the Baltimore Ravens, 143rd overall. A four-year varsity performer for the Warhawks, he was a part of four straight state finalists, including state championships as a freshman and sophomore. He was one of the few state players to turn down the in-state Badgers, instead committing to Michigan as one of the country's top offensive line prospects. He stepped in as a starter for the Wolverines as a true freshman, and would go on to start 46 games in four seasons, twice earning Second Team All-Conference before stepping up to a First Team selection as a senior, when he was also a Second Team All-American by the Walter Camp Football Foundation.

Biadasz was drafted by the Dallas Cowboys, where he will be among the players battling to replace fellow former Wisconsin Badger Travis Fredrick, who retired in March after missing most of the last two years after being diagnosed with Guillain-Barre Syndrome. A two-time WFCA All-State choice on the defensive side of the ball and the 2015 Tim Krumrie Award winner, Biadasz was a big part of Amhert's turnaround, playing on a state runner-up squad in 2014 before helping the Falcons to state championships in 2015 and 2016. He committed to Wisconsin over several D1-FCS offers, redshirting his first year with the Badgers. He would take over as the team's starting center as a redshirt freshman, going on to start all 41 games in his career. A Freshman All-American in 2017, he earned Honorable Mention All-America and First Team Big Ten honors in 2018. As a junior in 2019, he was awarded the Rimington Trophy as the country's top center, earned consensus First Team All-America honors, and was an All-Big Ten choice. He was also an Academic All-Big Ten selection every year. 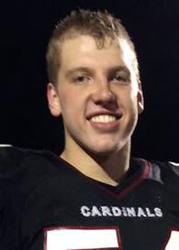 A relative late bloomer on the recruiting scene, Windsor was a dependable player at Penn State, forging a path to the draft that saw him picked in the sixth round by the Indianapolis Colts. Windsor earned Second team All-Conference recognition as a junior at Fond du Lac, though it took a bit for his recruitment to really take off. It wasn't until after a strong senior campaign that saw him earn WFCA All-State recognition that the big-time programs came calling. He received a scholarship offer from Penn State in early January after his senior season, and while Wisconsin showed interest, they didn't offer until several weeks later, just before National Signing Day. Windsor would commit to Penn State a week before Signing Day, redshirting with the Nittany Lions in his first season. He played in all 14 games as a freshman and was a key rotational piece as a sophomore as well. He stepped into a starting role as a junior and senior, eventually earning Second Team All-Conference as a junior and Honorable Mention as a senior. 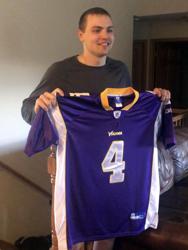 Stanley's recruiting tale is one of the more interesting and controversial in recent memory, but he ended up in a good spot at Iowa and joined James Morgan as just the second Wisconsin high school quarterback drafted in the last decade-and-a-half, getting picked by the Minnesota Vikings in the seventh round. Stanley stepped in a starter at Menomonie as a sophomore, but injuries limited him to just five games as a junior. Nonetheless, his big arm and talented overall athletic profile (he was the Pat Richter Award winner as the state's top senior three-sport athlete in 2016) made him one of the most highly-recruiting Badger State signal-callers in history. While Iowa and Pitt offered early, Wisconsin coach Gary Andersen was trying to implement a spread attack and favored other quarterbacks over the pro-style Stanley. Nate committed to Iowa soon after his junior season, and despite a late push from Paul Chryst when he was hired as the Badger coach, Stanley kept his pledge to Iowa, leaving many Badger fans to bemoan the tactics of Andersen and the impact on in-state recruiting. Once he got to Iowa, Stanley became the starter as a sophomore, throwing for 2,437 yards and 26 touchdowns to earn Honorable Mention All-Big Ten accolades. He put up big numbers again as a junior, with 2,852 yards and 26 touchdowns. As a senior in 2019, he threw for 2,951 yards and 16 touchdowns to earn Honorable Mention All-Big Ten. He finished his career second in passing yards and passing touchdowns at Iowa.