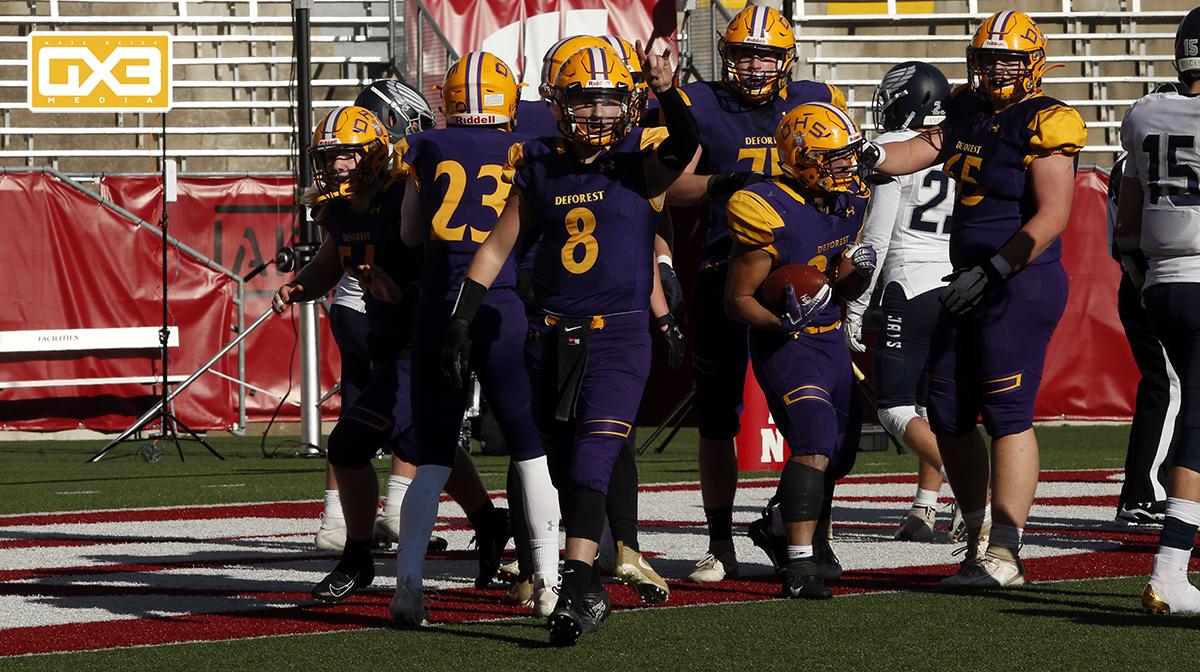 In "Championship Catch-up" we will take a look at all eight state champions from the 2019 season, with a look back at last year and forward to next season. All eight teams will be featured over the next week.

2019 Season Recap: Brookfield East finished in a tie for third in the tough Greater Metro Conference, earning a four-seed in the Division 2 playoffs. After getting past Slinger in Level 1, a Level 2 showdown with crosstown rival Brookfield Central awaited. After falling to the Lancers 28-14 earlier in the season, the Spartans defense rose to the occasion in a 20-0 shutout. After convincing wins over Menomonee Falls and Superior, a D2 championship match-up with Waunakee awaited. B'East would take a 28-10 lead midway through the second quarter, but Waunakee would not go away. The Warriors pulled within 28-24 before a Brookfield East field goal made it a one-touchdown game late in the period. After fumbling inside the Brookfield East five-yard line with less than two minutes left, it appeared Waunakee may be done for good, but used timeouts wisely and got a stop. Waunakee put a drive together to score with just eight seconds remaining, but the extra point attempt was thwarted when the ball slide off the tee on the hold and the kick sailed wide, giving Brookfield East a 31-30 victory.

WSN: What were your expectations or goals heading into the 2019 season?

Farley: We knew we were returning a talented football team. A team that had seen several returning letter winners. We had one of the strongest offseasons we’ve had in some time in terms of participation, guys working hard and buy in. Everyone was excited and it was an incredible season to be part of.

WSN: Was there a turning point in your season, or moment where you felt your team had a chance to be special?

Farley: After we lost to our cross town rival Brookfield Central, I think we as coaches and players took a step back and realized the mistakes we made, what we need to improve. If we accomplished those, we were going to be a tough out the rest of the way. We don’t get to the championship without the leadership in the locker room. Our seniors were fantastic, they knew what was possible and worked really hard to get there.

WSN: What player(s) showed significant improvement over the course of the year that helped make the difference for you?

Farley: I think every single member of our football team showed tremendous improvement from the start of the season to the end. You go down our roster and everyone improved both underclassmen and seniors. Nate O’Connell, a tremendous inside linebacker for us, just kept getting better and better as the season went along. Our leader, Sam McGath, took great strides as a quarterback and a leader and became a difference maker on both sides of the ball.

WSN: Do you do an end of season meeting with each individual or the team where you outline where you'd like to see them improve?

Farley: We meet with every student-athlete individually and plan for the next season.

WSN: Have your athletes been involved in off-season workouts? If so, how has participation been so far?

Farley: Our student-athletes are heavily involved in off-season workouts. I give a ton of credit to Coach Steiner and Coach Hoerchner in pushing our guys to work hard in the weight room and maintaining a strong program. At the same time I strongly believe in multi-sport student-athletes. We have kids that play for their school and are proud to represent Brookfield East. We want them to grow and excel and focus on the sport they're in at the time.   Because we have such dedicated unselfish kids at Brookfield East, our multi sport student-athletes have had a lot of success.

WSN: What are your plans for using your contact days in the summer?

Farley: Right now plans will be affected given what’s going on in the world today.

WSN: Who do you anticipate stepping into leadership roles during the off-season and into the 2020 campaign?

Farley: That’s the exciting aspect of coaching. Seeing which guys step up in terms of not only play but leadership. We have several guys that are very capable strong leaders and I’m excited to see their growth from junior to senior year.

WSN: What do you foresee as being the strengths of your team next season? What would be areas of concern at this time?

Farley: Obviously when you lose 18 seniors that were heavily involved with what we do you have to find a way to replace them. Those seniors left a special legacy that has affected our program positively. We are excited about some guys getting a larger opportunity, see who steps up.

WSN: Who will be some of the other top teams in your conference?

Farley: Brookfield Central and Menomonee Falls won the league last year and will be favored again along with Marquette, Sussex Hamilton, Germantown.  The Greater Metro Conference is so tough; it’s a league of great players that are well coached.