Coaches Corner: Developing multi-sport athletes is all in the messaging

Written by Prescott baseball coach Jeff Ryan. With a career record of 371-108 in 21 years, he was the WBCA Coach of the Year in 2013, a three-time District Coach of the Year, led the Cardinals to the 2012 Division 3 state title, and was inducted into the Wisconsin Baseball Coaches Hall of Fame in 2019. 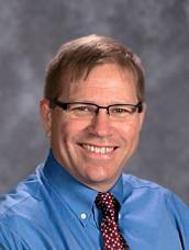 For all Wisconsin Baseball Coaches, the 2020 season will certainly be memorable. It will not be remembered because of a walk off base hit by the number nine hitter, a game saving catch by the center fielder, or a game ending strikeout by the pitcher against a conference rival. This year those magical spring baseball moments exist only in the minds of players, coaches, parents, and fans. This year things certainly are different, much different.  This year the smell of grilling hot dogs and brats at high school ball parks is sadly absent. Fields are empty and silent, void of the sounds of batting practice and player/coach baseball banter. However, when it comes to coaching the sport many things have remained the same. Equipment and caps have been ordered, youth clinics planned, fields maintained, and various forms of player/coach communication have continued.

Coaches and players continue to hold out hope that some semblance of a season may be possible. If not, some coaches have expressed fears the loss of the 2020 season could have some gloomy consequences. The primary one being the continued decline of participation in high school baseball. The reasons players hang up their spikes run the gamut and the loss of this year’s season has caused some coaches to cringe, believing no games could mean even more boys will be shirking the diamond next spring.

“The times certainly are changing” says New Richmond Head Coach Travis Helland.  “The time commitment and expectations placed on high school athletes in sports today is much different than it was a generation ago. The two sport athletes of today are the three sport athletes of yesterday.  A kid playing three sports today is very rare.” The vast majority of high school coaches recognize the importance of participating in multiple sports. However coaches around the state see specialization becoming more and more commonplace.

“Having the opportunity to participate in multiple sports is one of the great things about going to a small school,” says Baldwin-Woodville Head Coach Wes Haney. “Unfortunately we are starting to see kids be steered or encouraged into specializing by adults and sadly some kids are buying into it.” Haney, a Laconia High School alumnus, recently asked a young athlete if he was planning on going out for baseball this year. The young man responded “I think it is in my best interest to concentrate on one sport.” Sadly, that is becoming a more common response from many high school athletes. The question begs, where does that comment  or attitude come from?

Many coaches argue it’s all about messaging. For Osceola Head Coach Kyle Collins, he believes coaches need to send the right message to high school athletes. “If we want kids to be multi involved we need to promote and encourage athletes to participate in more than one sport.  I think there are some coaches out there, intentionally, or unintentionally encouraging their athletes to specialize.” Haney agrees. “All coaches need to be consistent with their message and not say one thing publicly and then say something else privately.”

That contradictory messaging happens within the sport of baseball as well. “It is really frustrating when you have AAU or club coaches that contradict what we as coaches are teaching,” says St. Croix Central Head Coach Ryan Berg. Ellsworth Head Coach Rob Heller concurs. “It certainly doesn’t help when a club baseball coach tries to undermine what you are trying to do with athletes. The influence those coaches have can really create problems with athletes both during the season and in the off season.” Coaches also expressed an increase in the emergence of unrealistic expectations that go along with all these camps and specialized training. “Some athletes really have a false sense of their abilities and believe their participation in off season activities is a guaranteed ticket to an athletic scholarship if only they play one sport year round,” says Jeremiah Fisk.

“When it comes to encouraging kids to play more than one sport I think the most influential person is the head coach,” says Travis Helland. “It doesn't matter what sport you are talking about, it is the head coach that has the greatest impact on an athlete’s attitude toward multi-sport participation.”

Additionally, several coaches believe the increased cost of participating in athletics has created additional problems. “Less than a generation ago no one had to pay to compete in athletics.  Today kids have to pay fees to participate and for some families it can be a burden,” says Somerset Head Coach Zach Eichten. “You add summer league and tournament fees, there are parents spending a lot of money for their kids to play sports.” Some coaches have argued these additional expenses coupled with a limited amount of time and have led to the specialization phenomenon.

Furthermore, the mindset of athletes and coaches has also changed over the years. “Many coaches give the impression to athletes that in order to be successful you must play a sport competitively six to eight months a year because that is what all the other teams do,” says Travis Helland. “Summer Camps, In and Off Season Clinics, AAU Basketball, Club Baseball Tournaments, 3 on 3 Basketball and 7 on 7 Football Leagues. It just seems like there is no end.”

And when the spring season rolls around no wonder an increasing number of athletes have begun to say “I have had enough. I just want to be a kid.”

“Burnout is becoming a big problem,” says Amery Head Coach Jeremiah Fisk. “And when it comes to baseball a number of coaches have said to me players say they are just worn out. They are tired, want a break, and it’s spring sports that bear the brunt of that burnout.”

“It is really unbelievable what some kids are expected to do or believe they have to do in order to play a sport,” says Wes Haney. “There are kids lifting weights at 10:30 pm or 6:00 am on school nights for one sport and then competing that same evening in a different sport.”

According to Zac Eichten, the nature and skills of baseball are different than other team sports. “Baseball is a tough sport. You fail a great deal more than you succeed and I think that is difficult for a lot of athletes today,” says Eichten. “Today, we are all about instant gratification and success, but when it comes to baseball that success is hard to come buy and it causes people to stop playing the game competitively.”

Reversing trends can be a difficult, but some coaches believe it’s possible. “It all starts with a school’s entire coaching staff,” says Rob Heller. “You have to have coaches that communicate with each other and trust each other. I think we have done a pretty good job in Ellsworth of having our coaching staff understand these kids are not ‘my athletes’, they are ‘our athletes’.

St. Croix Central Coach Ryan Berg agrees. “We have monthly PLC coaches meetings. We talk about anything and everything connected to athletics from having a consistent weight training program to having open, honest communication with one another.”

“When it comes to promoting multi-sport participation it is all about giving the kids a consistent message,” says Eichten.
“We as coaches should not be pulling and pushing these kids in all these different directions.  We need to encourage athletes to have a multitude of experiences in high school.”

“It is all about the kids,” says Collins “The athletes need to know we have their best interest in mind and that the high school athletic experience for most kids will be the last time they will play a sport competitively so why not play as many sports as possible.”

When it comes to baseball participation the jury will be out until next spring. Coaches can only hope the decline in baseball numbers will but a blip, an aberration that will disappear. Let’s hope so. And that next year more high school athletes  will experience the Friday night lights of football, the crowd noise of basketball, or the smell of the grass in baseball. Next year, how wonderful it would be for a high school athlete to experience all three.