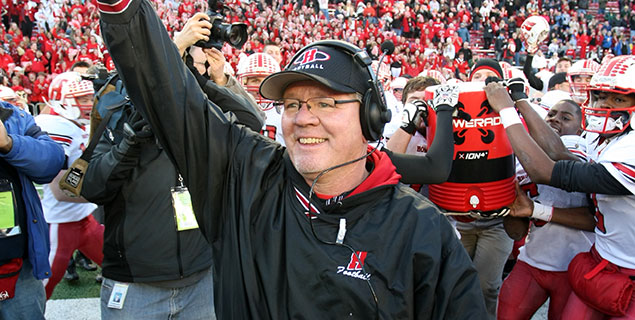 After 30 highly-successful seasons as the head football coach at Homestead High School, Dave Keel informed the team he is stepping down from the program today, confirming the information with WSN.

Keel posted a 292-70 career record that included six state championships, most recently a Division 2 crown in 2018, along with a runner-up finish. The Highlanders claimed at least a share of 18 straight North Shore Conference titles during his tenure, a streak that came to an end last season. There were a total of 23 league titles during his time at Homestead, as all 65 postseason wins in program history came under his watch. The Highlanders have won at least one postseason game every year since 2001.

Also the school's head softball coach for 37 years before retiring from that position in 2017, he is a member of both the Wisconsin Football Coaches Association and the Wisconsin Fastpitch Softball Coaches Association Halls of Fame. He won more than 500 games as a softball coach with 12 state tournament appearances, including runner-up finishes in 1983, 1988, and 2010.

Keel served as the WFCA President from 2007 to 2009 and has long been a fixture in the organization, serving as the emcee for the WFCA All-State Banquet and WFCA Hall of Fame Banquet for many years.

Homestead finished 8-3 overall last season, including 7-2 in league play, going out to Menomonee Falls in Level 2 of the playoffs.