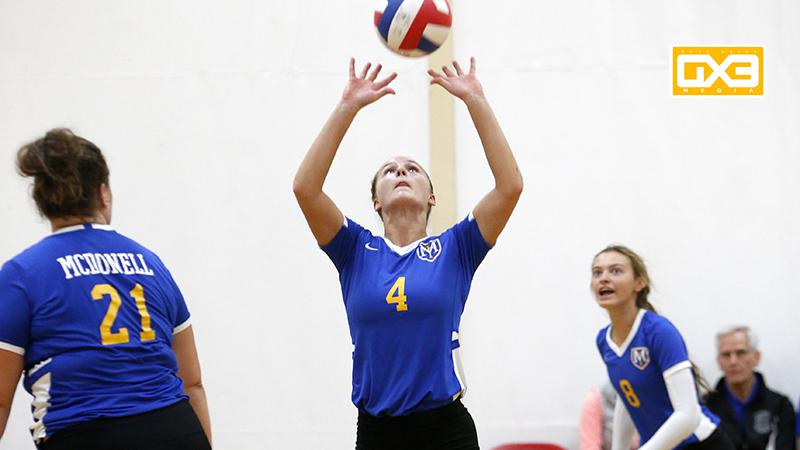 Softball Honors: Two-year starter for coach Chelsea Rosenow and the Macks... freshman year was named second-team all-Cloverbelt West as a third baseman, carrying a .378 batting average, and helped McDonell Central capture the Division 5 WIAA state title... sophomore year was selected first-team all-conference with a .569 batting average, and in the circle struck out 1.04 hitters per inning with a 2.94 ERA... junior season was canceled due to COVID-19...

Favorite Sport (and why): "Volleyball is my favorite sport because it is a fast-paced, team sport. Volleyball allows me to be competitive and show a lot of emotion."

Best Advice from a High School Coach: “Live in the moment and never miss an opportunity to compete.”

Most Memorable Moment in High School Sports: "My most memorable moment is winning state in softball my freshmen year. This taught me what it takes to be a great team."

Best Part of Playing Three Sports: "The best part of being a three sport athlete is that you are always able to grow and work on something. I love being active all year long with different teammates."

Favorite Opponent (and why): "I love competing against Regis High School because we are rival schools, and the games are usually very competitive."

Toughest Individual You’ve Competed Against (and why): "Lexi Donarksi from Aquinas because she was not only very athletic, but very smart. Donarski was a great team leader and a tough competitor."

Most Admired High School Teammate (and why): "Megan Baier. She was a senior when I was a freshmen and welcomed me on all three varsity teams. She taught me what it means to be a good leader and great competitor. Baier also showed me what hard work and determination look like."

Activities Outside of Sports: "Play with my puppy, Mia and watch Netflix."