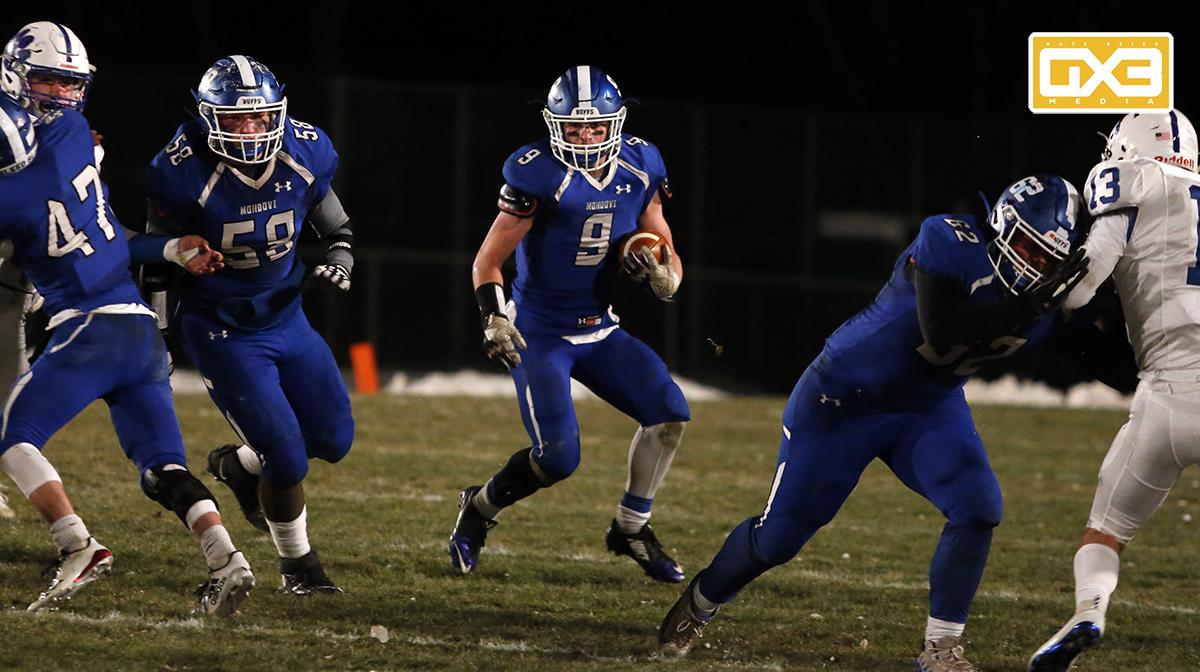 Prep Props is our weekly look at the best individual statistical performances in the state, with the leaders in rushing yards, passing yards, and receiving yards. Prep Props is published every Monday morning.

Mondovi's Tanner Marsh extended his state-leading rushing yards to 1,754 on the season with another huge performance in Level 1. Going on the road to top-seeded Luther, the Buffaloes dominated in a 34-0 victory, as Marsh carried the ball 28 times for 376 yards and five touchdowns. It's the second time this season he's gone over 300 yards, as he's averaging 219 per game on the ground.

Lourdes Academy remained undefeated, as the Knights were pushed hard by Hilbert but pulled away for a 49-28 victory. Josh Bauer's huge season continued, as he needed just 13 completions to go for 363 yards and five touchdowns. He had scoring passes of 49 and 47 yards in the game, as he averaged 28 yards per completion.

Lourdes Academy receiver Jack McKellips hauled in seven passes for a state-high 231 yards as the Knights beat Hilbert 49-28. That included touchdown catches of 49, 4, 33, and 47 yards as Lourdes advances to Level 2.

He "only" caught 13 passes for 190 yards, but what he did with those receptions was pretty special, as Brookfield Academy's Joe Schmidt tied a state record with six receiving touchdowns in the Blue Knights' 53-48 win over Cedar Grove-Belgium. Schmidt joins Platteville's Jesse Baker (2004) and Lake Country Lutheran's Jacob Demman (2012) with six touchdown receptions in a single game in state history.

Schmidt wasn't the only one cracking the record books last week. Mosinee senior receiver Drayton Lehman continued his standout 2020 campaign with 20 catches for 188 yards and four scores in the team's 35-23 win over Cadott in a replacement game. His 20 receptions ties Cadott's Brett McChesney (2014) for the single-game state record.