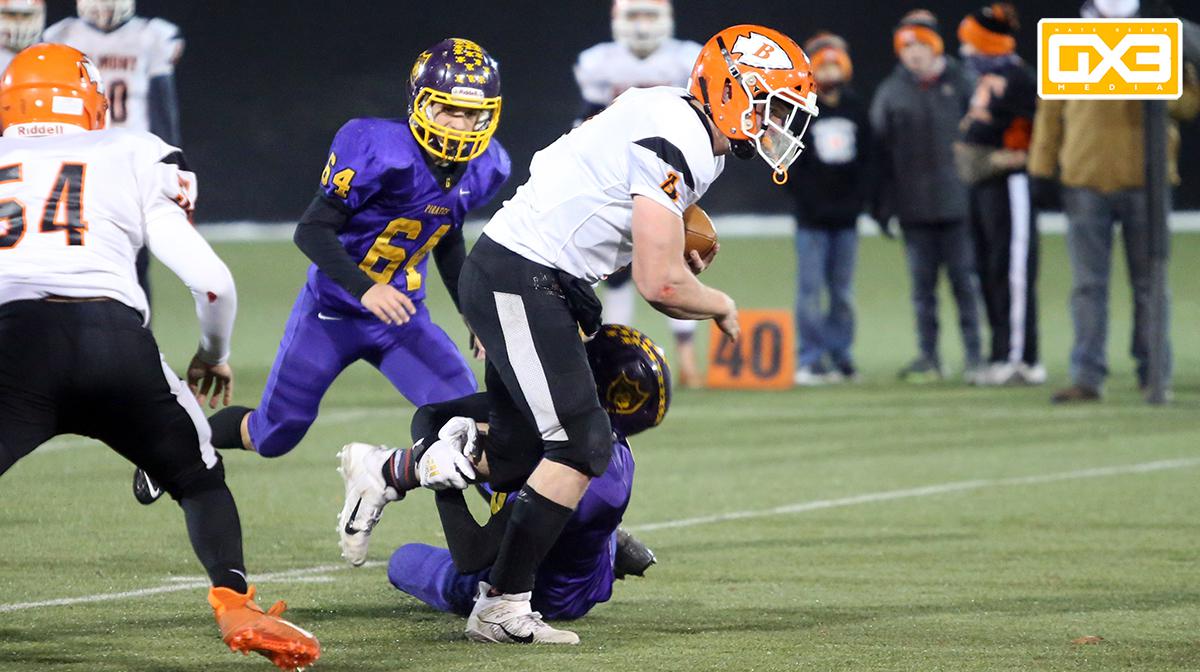 Each year, a preseason Watch List will be produced, then narrowed down to five finalists to be announced after the first week of playoff games. Winners will be announced next Wednesday.

OFFENSIVE PLAYER OF THE YEAR FINALISTS

Cooper Bredlau, Greenwood - Greenwood made a successful transition to 8-Player football this year, and Bredlau was a big reason for that success. He threw for 634 yards and six touchdowns, but did most of his damage on the ground, carrying the ball 95 times for 971 yards (10.2 per carry) and 16 touchdowns, scoring ten, two-point conversions.

Riley Christensen, Belmont - A returning WSN Offensive Player of the Year finalist, Christensen did damage with his arm and his legs once again. He led the state in rushing with 1,372 yards and 26 touchdowns on 118 carries (11.6 yard average), and greatly improved his passing this season, completing 67.3% of his passes for 478 yards and nine scores with no interceptions. In two years of 8-player football, he accumulated 4,901 total yards of offense and was responsible for 79 touchdowns.

Wyatt Jensen, Luck - Unfortunately for Jensen and the Cardinals, he only got four games in this season, all wins, before missing the final two contests, both losses. Still, in the time he was on the field, he was outstanding, rushing for 816 yards and 14 touchdowns in just four games, averaging 204 per contest and 10.3 yards per carry. He also threw for 159 yards and a couple touchdowns.

Charlie McCarty, Newman Catholic - McCarthy has been a four-year varsity player, putting up big receiving numbers the past three seasons. Limited to just five games in this abbreviated season, he caught 26 passes for 497 yards and six touchdowns. It follows a 13-game junior season where he hauled in 92 passes for 1,325 yards and 11 touchdowns. He was also a standout defensive player for the Cardinals and made 29-of-33 extra points.

Tanner Opsal, McDonell Central - Opsal was an offensive machine this season, leading the state in passing yards, total touchdowns, and total yards while finishing second in rushing. He threw for 1,553 yards and 18 touchdowns, adding 1,002 yards and 21 scores on the ground in eight games.