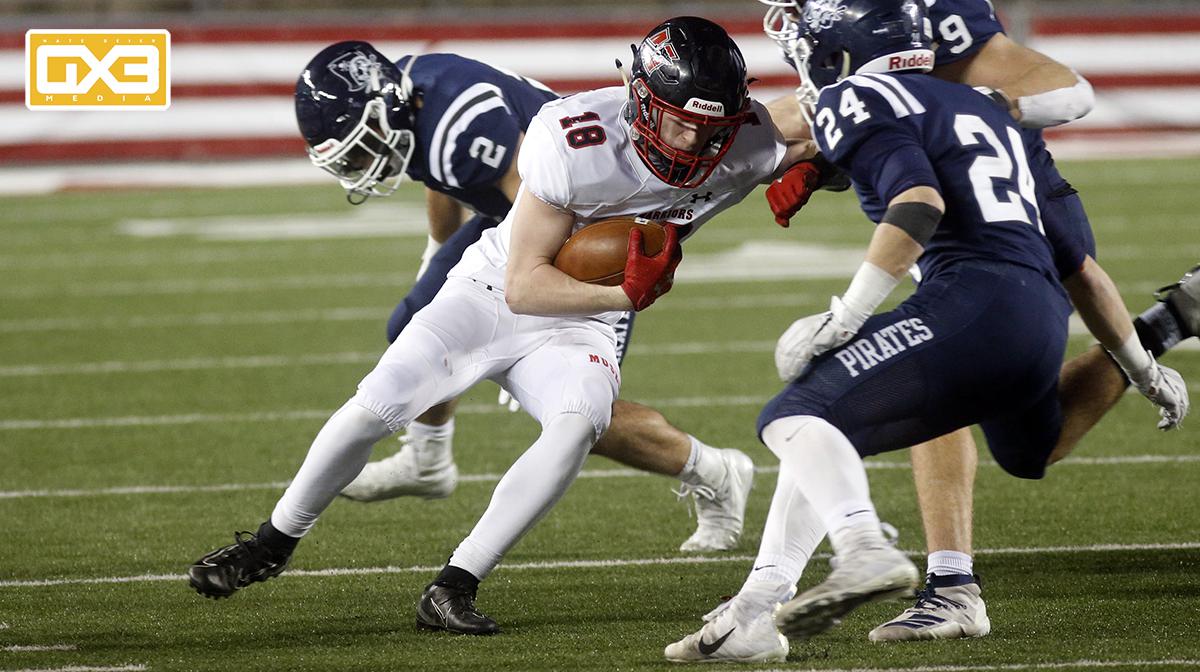 Wisconsin Sports Network and WisSports.net are happy to announce Alex Current as the 2020 recipient of the Elroy "Crazylegs" Hirsch Award as the most outstanding senior running back in Wisconsin, part of the WSN Senior Football Awards. Current was a unanimous choice by the voting panel.

In a 38-0 shutout win over Arrowhead in a Level 1 postseason game, Muskego senior running back Alex Current carried the ball 12 times for 178 yards and two touchdowns, averaging 14.8 yards per carry. Amazingly, it actually lowered his rushing average to 16.5 yards per attempt.

In the team's Wing-T offense, the recent Bemidji State recruit is a lethal threat on sweeps and counters despite only being needed a few times per game. He has only carried the ball 66 times in nine games, for 973 yards and 16 touchdowns. The 5'11", 186-pound athlete ended his senior year averaging 14.7 yards per carry and 108 yards per game.

He finished his career with 4,055 rushing yards and 61 scores, averaging 110 yards per game and 13.7 yards per carry. Current is also an accomplished receiver, with 32 receptions for 621 yards and 10 touchdowns in his career, including three receiving scores this season.

Finalists for the award were Current, Kraig Armstrong of Mauston, Kyle Brewster of Edgar, Eden Jacobson of Spencer/Columbus Catholic, and Tanner Marsh of Mondovi.