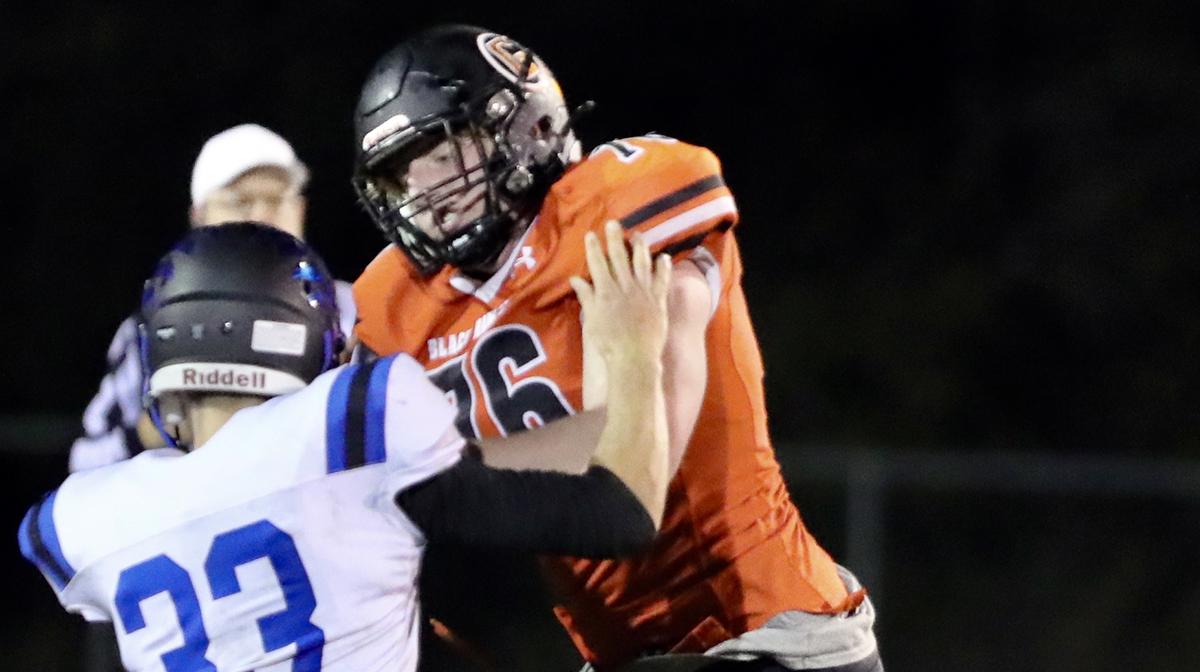 Wisconsin Sports Network and WisSports.net are happy to announce Grafton's J.P. Benzschawel as the 2020 recipient of the Joe Thomas Award as the most outstanding senior offensive lineman in Wisconsin, part of the WSN Senior Football Awards.

The latest Benzschawel to go through Grafton, J.P. Benzschawel joins older brothers Beau (Wisconsin and now the Detroit Lions) and Luke (Wisconsin) as Division 1 recruits, and like his older siblings, will head to Wisconsin, giving the Badgers an early commitment.

A massive, dominating force up front for the Black Hawks, he has been a four-year varsity performer on some of the top offensive units in school history.

"He is by far the most athletic and hardest working offensive lineman I have coached," said Grafton head coach Jim Norris.

It's not just his head coach that speaks highly of him.

"J.P. is a player that many in the program look up to due to his work ethic on the field, in the weight room and in many other aspects of football," said junior offensive lineman Brock Jasinski. "He also is the first person to welcome new players to the program by helping them work on their craft and develop them into better football players."

Finalists for the award were Benzschawel, Ben Janowski of Menomonee Falls, Evan Ladwig of Plymouth, Kyle Mason of Muskego, Marcus Mbow of Wauwatosa East, and Jim Schwaab of Catholic Memorial.