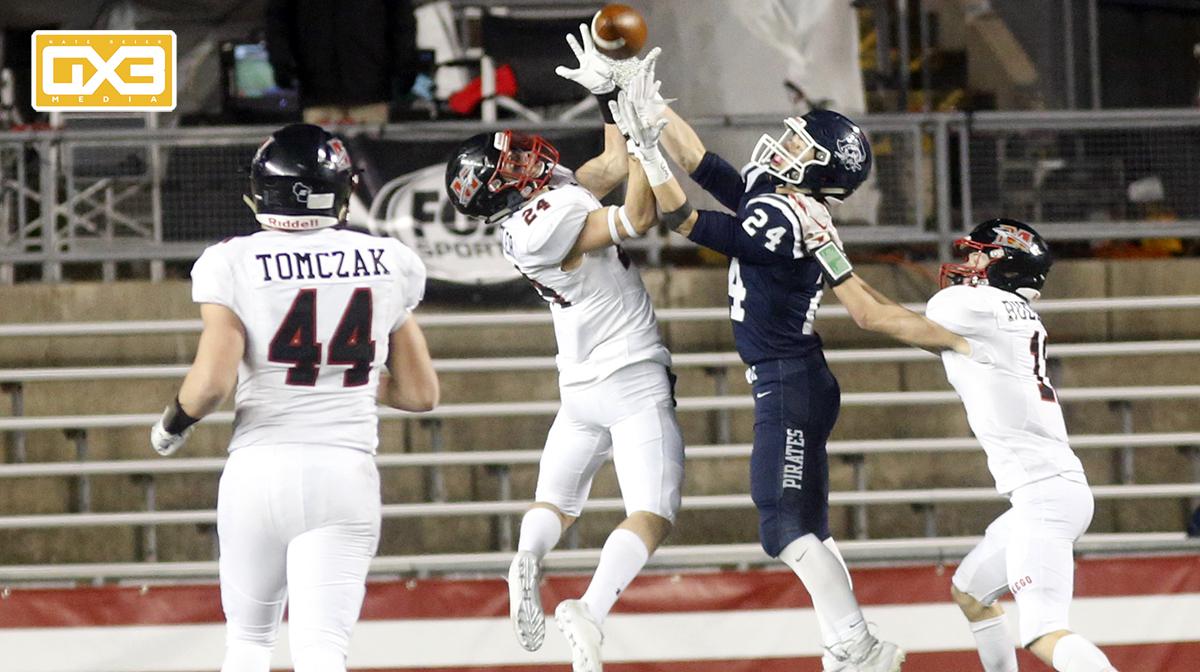 Wisconsin Sports Network and WisSports.net are proud to announce Muskego's Hunter Wohler as the 2020 recipient of the Jim Leonhard Award as the most outstanding senior defensive back in Wisconsin, part of the WSN Senior Football Awards. Not surprisingly, Wohler was a unanimous selection.

Hunter Wohler of Muskego was the WFCA Large School Defensive Player of the Year last season, and he has a strong shot at the award again in 2020. A three-year varsity player, the Warriors did not lose a game during that time, going a perfect 37-0 with a pair of Division 1 state championships.

Considered by many as the top defensive back prospect to come out of the state in many years, the Wisconsin commit had 78 tackles this year with a pair of interceptions. Patrolling sideline-to-sideline and deep middle to in the box, Wohler has 355 tackles in his career.

"Hunter is the best defensive back in the history of Wisconsin high school football," Muskego coach Ken Krause put it succinctly.

Finalists for the award were Wohler, Grover Bortolotti of Whitefish Bay, Ayden Dautermann of Slinger, Jackson Labs of Rhinelander, and Alex Oechsner of Catholic Memorial.