Here are the Wisconsin Sports Network weekly award winners in boys' basketball for the games played January 4 through January 9: 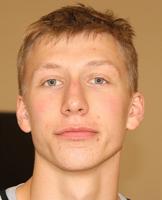 Casey Verhagen, 6-1, Jr., PG, Sheboygan Lutheran
In two-plus seasons as a mainstay in the Crusaders' line-up, the always aggressive, always moving and always productive Verhagen has helped his teams to a remarkable 63-3 record, including an 11-0 mark this season. He scored a career-best 46 points in a 73-57 win over Reedsville last Saturday and added 19 points, two rebounds, seven assists and three steals in a 100-52 victory over Cedar Grove last Friday. For the season, the 6-foot-1 lead guard and son of Sheboygan Lutheran coach Nick Verhagen is averaging 28.3 points, 3.6 rebounds, 7.1 assists and 5.9 steals for the state's top-ranked WIAA Division 5 program. During his prep career, Verhagen has already scored 1,100 points and currently ranks tied for seventh in the state in scoring.

Wauwatosa East Red Raiders
Coming off a 12-12 season and competing in the state's top conference in the Greater Metro, Wauwatosa East has met every challenge head on so far on the way to recording an impressive 10-0 record and the state's No. 1 ranking among WIAA Division 1 schools in the WisSports.net Coaches Poll. Tim Arndorfer, now in his 14th season as the Red Raiders' head coach, guided his troops to a 3-0 mark last week with triumphs over Brookfield Central (73-60), Milwaukee Marquette (75-45) and Pewaukee (53-43). Senior leadership and balanced scoring have been key for the club thus far as four seniors and one experienced junior lead the way in scoring and rebounding for the Red Raiders. Senior point guard Brian Parzych (6-1), who signed with NCAA Division II Northern Michigan last November, is averaging 14.7 points, 4.5 rebounds and 5.0 assists. Junior forward Leon Bond (6-5), one of the state's top class of 2022 prospects, is contributing 14.3 ppg and 5.1 rpg. Senior forward Charles Alexander-Singleton (6-4), who is beginning to hear from several scholarship programs, is averaging 13.9 ppg and 5.8 rppg, followed by senior forward Jay Hinson Jr. (6-3) at 12.8 ppg and 3.2 rpg and senior forward Marcus Mbow (6-6) at 7.3 ppg, 7.4 rpg and 3.4 apg. Wauwatosa East returns to action this week with games against Sussex Hamilton Tuesday and Franklin Saturday.

Jim Gosz, Dominican
Thanks to Dominican's 68-47 victory over visiting Brookfield Academy on Saturday, Gosz became the seventh coach in Wisconsin high school boys' basketball history to reach 600 career victories. Now in his fifth season as the head coach at Dominican after 26 seasons as the head coach at Milwaukee King, Gosz owns a career mark of 600-138, which includes WIAA Division 1 state titles at King in 1991, 1995, 2003 and 2004. Gosz went 526-104 during his tenure at King, and is 73-34 in four-plus years at Dominican, where he attended school and played basketball for his father and WBCA Hall of Famer, Don Gosz. Jim Gosz has a young team at Dominican this season and has guided the Knights to a 4-5 record. Gosz joins Tim Anderson of Auburndale, Frank Schade of Plymouth and Oshkosh North, Jon Murphy of Seymour, Tom Desotell of Sheboygan North, Bob Letsch of Racine St. Catherine's and Jerry Petitgoue of Gratiot and Cuba City in the state's exclusive 600-victory club.