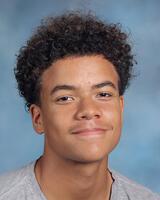 Jeremiah Burke, 6-6, Sr., F, Saint Francis
To say it was a productive week for Burke and the Mariners of Saint Francis would be a huge understatement. A physical 6-foot-6 forward, Burke had 23 points, seven rebounds and two assists in a 77-65 non-league loss to a very good Lakeside Lutheran squad to open the week last Tuesday. He then had 29 points, 20 rebounds, five assists and three blocked shots on Wednesday in a 75-62 triumph over Brookfield Academy. He capped the week with a 39-point, 7-rebound, 3-assist showing in an 82-60 win at University School that secured a third-place finish in the Midwest Classic Conference. That is the highest league finish for the Mariners in more than 20 years. Burke also surpassed the 1,000-point career mark in the victory over University School.

Bruce Red Raiders
Not a whole lot was expected out of the Red Raiders of Bruce this winter. Losing three starters from a club that went 12-12, employing a new head coach and playing in competitive Eastern Division of the Lakeland Conference, Bruce was picked to finish to higher than fifth in the seven-team loop in the pre-season. However, Bruce adapted quickly to new coach Ed Lanzer and won three league games last week to wind up with the conference championship, finishing 10-2 in league play to compete the season one game ahead of runner-up New Auburn. Senior forward Dan Brockman (6-4), junior guard Chris Brockman (5-10) and freshman wing Ryan Popovich (6-1) have led the way for Bruce, averaging 14.9 ppg, 12.1 ppg and 11.4 ppg, respectively. Other have made significant contributions as well. In a 69-64 win over Lake Holcombe that clinched the undisputed league title on Saturday, sophomore forward Jake Thome (6-4) led the way with 21 points. Earlier in the week, sophomore guard Matthew Popovich (5-10) had 18 points to lead Bruce to a 57-41 triumph over Birchwood. Bruce is 13-3 overall and hosts Lake Holcombe (11-10) Tuesday in a WIAA Division 5 regional quarterfinal game.

Todd Jahns, Lakeside Lutheran
Jahns, in his second year as head coach at Lakeside Lutheran in Lake Mills after a long tenure as the head coach at Kettle Moraine Lutheran in Jackson, won his 300th career game Saturday when the Warriors edged visiting Catholic Memorial, 69-64. That triumph, paced by 16 points from senior forward John O'Donnell (6-5), was the ninth in a row for Lakeside Lutheran, which takes an 18-4 record into the WIAA Division 3 playoffs. Jahns' teams generally do an excellent of playing with enthusiasm while also sharing the ball and defending at a high level. Coming off a 12-12 season, Lakeside Lutheran was picked to finish third in the Northern Division of the Capitol Conference prior to the start of the season. However, the Warriors went undefeated in league play and swept city-rival Lake Mills en route to the conference crown.