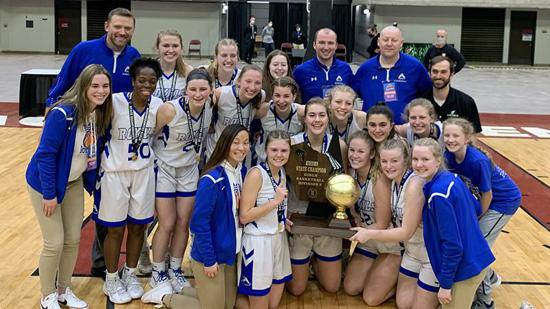 Assumption, which led for the majority of the game, held a 33-25 at the half and pushed its lead to 11 on two occasions early in the second half.

Assumption outscored Three Lakes 11-4 the rest of the way, including holding the Bluejays scoreless in the final 3:46 of the contest.

Senior Emily Bohn, a 6-foot-4 forward, scored a game-high 16 points, shooting 6-for-11 from the floor, and added eight rebounds and five blocks to lead Assumption.

Joining her in double figures were senior Jessie Grundhoffer, a 5-foot-11 wing/forward, and junior Ainara Sainz de Rozas, a 5-foot-5 guard, who finished with 15 and 13 points, respectively, for coach Ryan Klein and the Royals.

Three Lakes was led by junior Kara Sowinski, a 5-foot-2 point guard, who finished with 14 points on six of seven shooting, which included making both of her 3-point attempts.

Seniors Taylor Kolling, a 5-foot-7 guard, and Mollee Gruszynski, a 6-foot-1 forward, each added nine points for coach George Lurvey and the Bluejays.

Fellow senior Sydney Lurvey, a 5-foot-7 guard, was held to five points after knocking down six triples and finishing with 18 points in the Bluejays huge win over Black Hawk, which entered the contest with a 75-game winning streak.