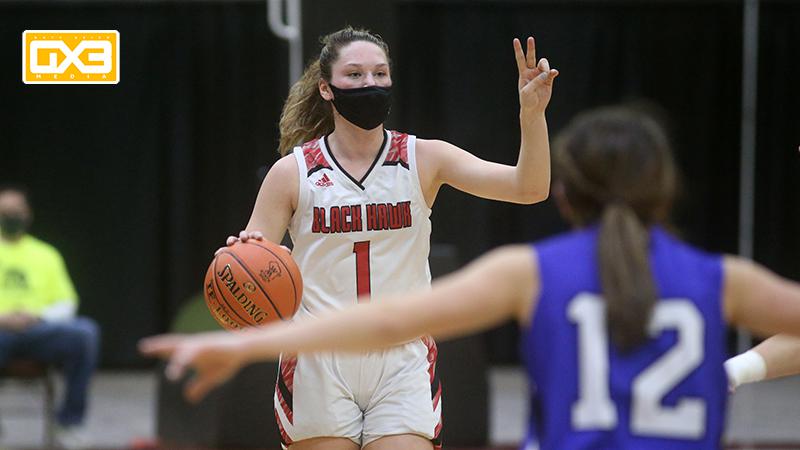 Black Hawk's Bailey Butler has been selected as the top senior Point Guard as part of the WSN Senior Basketball Awards.

Butler is a dynamic point guard who affects the game on both ends of the floor. She can score at all three levels and has great court vision. Defensively, she is a strong on-ball defender who has quick hands and feet which leads to steals and deflections.

She finished her career with a 103-2 record, which included four state tournament appearances. Butler helped lead the Warriors to the Division 5 state title as a sophomore, a state runner-up finish as a freshman, and trips to state as a junior (wiped out by COVID-19) and senior.

Butler, a 5-foot-7 UW-Green Bay signee, averaged a state-best 28.3 points and 7.9 assists per game, was third in steals with 6.2 per game. She also tallied 7.8 rebounds per game for coach Mike Flanagan and the Warriors.

Black Hawk entered the state tournament with a 75-game winning streak, which was the third-longest winning streak in girls' basketball state history.

The Warriors fell to Three Lakes, 51-48, in a Division 5 state semifinal to finish the year with a 21-1 record.

Butler finished her career as Black Hawk's all-time leading scorer with 1,960 points. She also tallied 562 assists and 565 steals in her illustrious career.