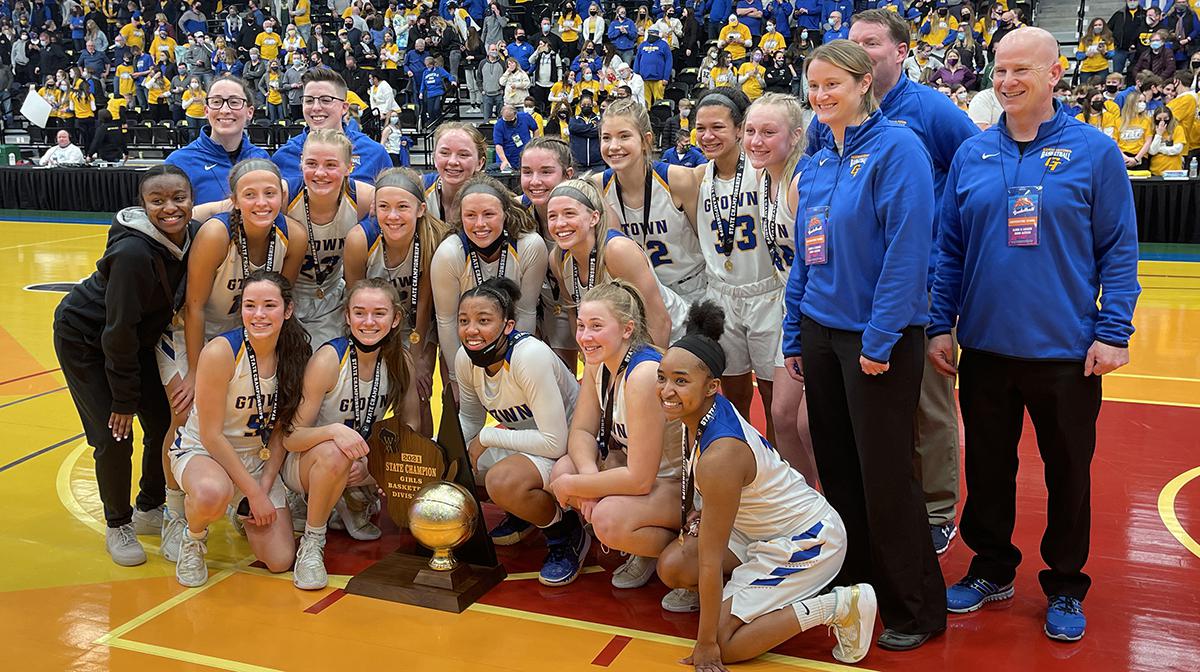 KK Arnold, she's good. Joined by senior Jaelyn Acker to form the state's most dynamic duo, the law firm of Arnold and Acker dug Germantown out of an early hole against Hudson to post a 63-48 victory and the school's first WIAA Girls Basketball Championship.

The Division 1 title game started with a bang, but it was Hudson firing on all cylinders out of the gates, racing out to a 9-0 advantage in the first three minutes of the game. The Raiders went up 15-3 a few minutes later, as Germantown struggled to find the mark on offense or stop Hudson's interior game on defense.

Behind Arnold and Acker, who combined to score the team's first 29 points, Germantown would come back to take a 32-28 lead into halftime.

The team's went back-and-forth in the early-going of the second half, and the game was tied at 40 with 9:19 left when Hudson center Audrey Hatfield converted a jumper. However, the rest of the game belonged to Arnold, who continually set the Warhawks up for success, either on her own shots or dishes to teammates. A 23-3 run over six-plus minutes put the game out of reach as the Warhawks celebrated a title.

Arnold, just a sophomore, finished with 31 points, seven assists, and four rebounds in a virtuoso performance that left the state buzzing. Senior Jaelyn Acker, who had 28 points and seven made three-pointers earlier in the day against Verona, added 19 points and 13 rebounds. Her 12 made three-pointers in two games set a new all-division state tournament record.

Hudson got 14 points from Hatfield and 13 from senior Livi Boily, who added nine rebounds.

Germantown and head coach Matt Stuve claim their first championship in the program's inaugural trip to the state tournament.