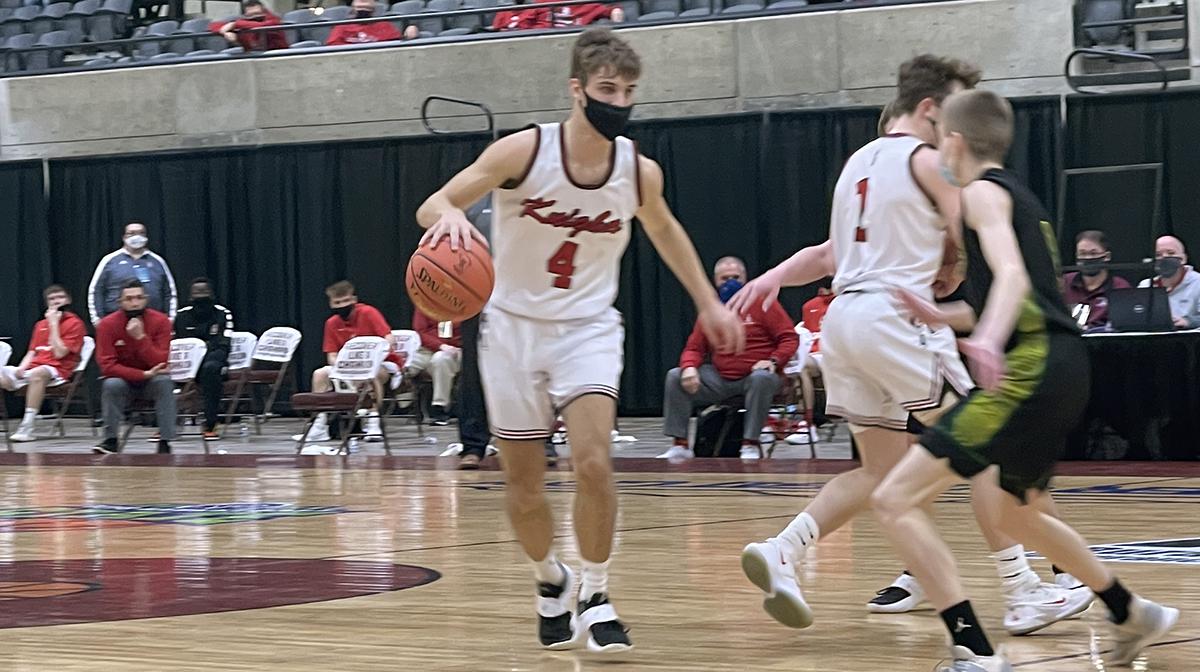 Preston Ruedinger and Lourdes Academy are headed to a state final

An 11-0 scoring run in the final three minutes of the first half helped The Prairie School pull away from Luther in a WIAA Division 4 Boys Basketball state semi-final at the La Crosse Center on Friday, as the Hawks cruised to a 61-46 victory.

The Prairie School lead was 23-22 after Luther's Isaiah Schwichtenberg scored with 3:06 left in the half, but the rest of the time before intermission was all Hawks, and they never looked back.

The margin was never below 12 points in the second half, and swelled as high as 23 at one point. Both teams made mass substitutions in the last four minutes, when the Luther reserves made a push to get the final deficit a bit closer.

Antuan Nesbitt led The Prairie School with 18 points on eight-of-14 shooting, adding a team-high five assists as well. Ashe Oglesby did a nice job inside with 11 points and eight rebounds, while Asanjai Hunter added 13. The Hawks shot 49% from the field overall, which helped overcome some struggles from behind the three-point arc and at the free throw line.

6'7" junior Gavin Proudfoot led Luther with 13 points and 12 rebounds. He was the only Knights player in double-figures, as the team shot just 35.4% from the field.

The Prairie School advances to the Division 4 title game in its first appearance at the WIAA State Tournament.

Behind some hot shooting in the second half, the Lourdes Academy boys basketball team pulled away from Edgar to claim a 65-41 victory in a WIAA Division 4 state semi-final contest.

Josh Bauer led the second half assault, making all five shots from the field, including four, three-pointers, and two free throws for 16 points after the break. He'd finish with a game-high 24 points. Fellow senior Preston Ruedinger had 13 points in the second half to help the Knights pull away, scoring 18 in the game.

The game started out as a physical, defensive affair, with Lourdes Academy shooting just 29.6% in the first half, while Edgar wasn't much better at 36%. However, helped by a better performance from behind the arc and at the line, Lourdes held a 25-19 halftime edge.

While Lourdes got hot in the second half, Edgar cooled off, making just eight-of-28 field goals.

Edgar was led by Kyle Brewster, who had 17 points, while Austin Dahlke added 10 for the Wildcats, who finish the season 23-3.

Lourdes Academy advances to its third WIAA state title game, though the Knights are looking for their first gold ball after finishing as runners-up in 2005 and 2019.