D2 Semi-Final Notes: Onalaska and Pewaukee pull away for wins 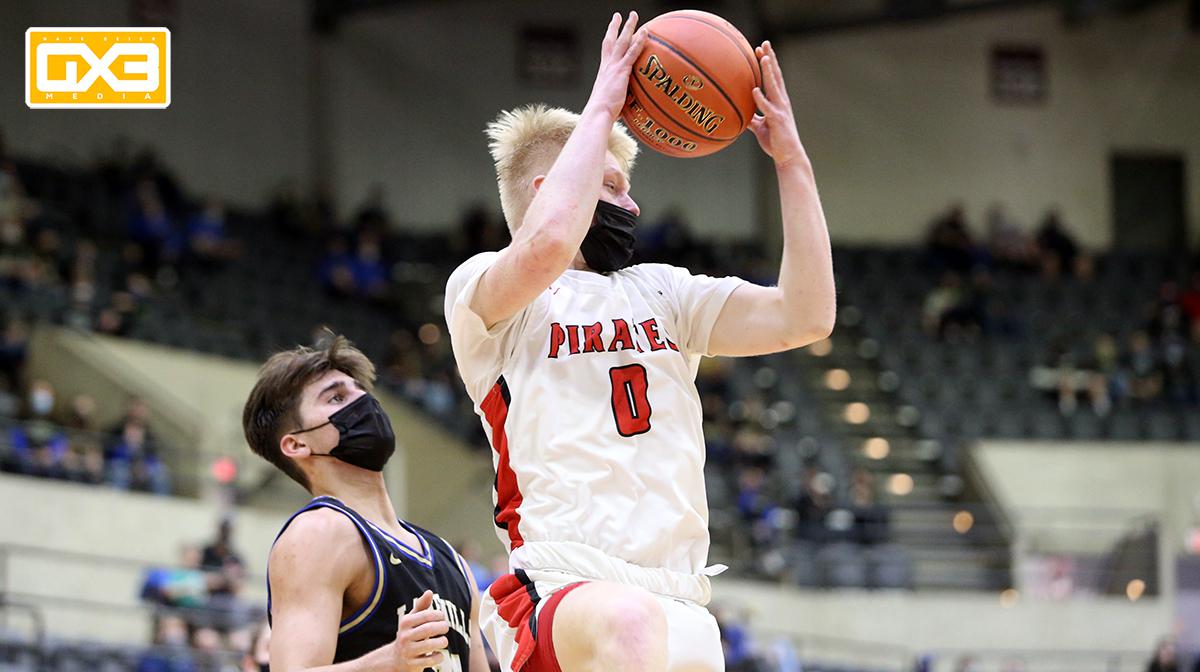 Fourth-seeded Xavier hung tough with top-seeded and unbeaten Onalaska on Saturday in a WIAA Division 2 boys basketball state semi-final, but the Hilltoppers of Onalaska would pull away late to claim a 66-57 victory.

Onalaska jumped out to a 12-3 lead early on, but some hot shooting from Xavier would keep the Hawks in it, and eventually knot things up at 13 with 7:57 left in the half when Ray Zueleger buried a three-pointer.

The Hilltoppers rebounded quickly, going on a 13-3 spurt to go back up double figures. Once again, however, Xavier would answer and by halftime the score was tied at 29.

Charlie Pfefferle was a big reason Xavier continued to stay in the game, as the junior guard had 15 points in the first half, making three, three-pointers.

The early part of the second half was back-and-forth, with several lead changes, but after Pfefferle tied the game at 41 on a pair of free throws with 7:57 left, the rest of the game belonged to the Hilltoppers.

Evan Gamoke made three big three-point shots in the second half, while Victor Desmond and Gavin McGrath started doing damage in the paint and Onalaska put things away.

McGrath finished with a team-high 18 points for Onalaska, connecting on eight-of-11 shots from the field. Desmond added 17 and Gamoke scored 13.

Pfefferle's hot shooting continued in the second half and he finished with a game-high 28 points, while Alex Sherwood chipped in 13.

Onalaska will be going for its fourth state title, as the Hilltoppers also claimed championships in 1988, 1992, and 2012.

It was a similar story we've seen several times in this state tournament, as third-seeded Lake Mills hung tough with second seed Pewaukee for much of the game, but a late push by the Pirates delivered a 65-51 win for Pewaukee in a WIAA Division 2 Boys Basketball state semi-final.

Pewaukee unleashed a three-point barrage early on, taking a 22-13 lead after Emmett Loew connected from deep with 10:58 left in the first half. It was the fifth made three-pointer of the first seven minutes, but the advantage was short-lived.

Lake Mills answered back with an 8-0 run and would pull ahead after Charlie Bender made a layup with 3:51 remaining in the half. The L-Cats kept the one-point advantage at halftime, up 31-30.

Things remained close after halftime, but after reserve Grant Horkan made a three-pointer 3:25 left to pull Lake Mills within 55-51, the rest of the game belonged to Pewaukee. The Pirates executed well down the stretch and Lake Mills went cold, as Pewaukee finished the game on a 10-0 run.

Josh Terrian led a balanced Pewaukee scoring attack with 13 points, while four others scored at least eight for the Pirates. Terrian also had 11 rebounds in the game.

Pewaukee is going for its first championship after a runner-up finish in 2001, its lone previous state tournament appearance.