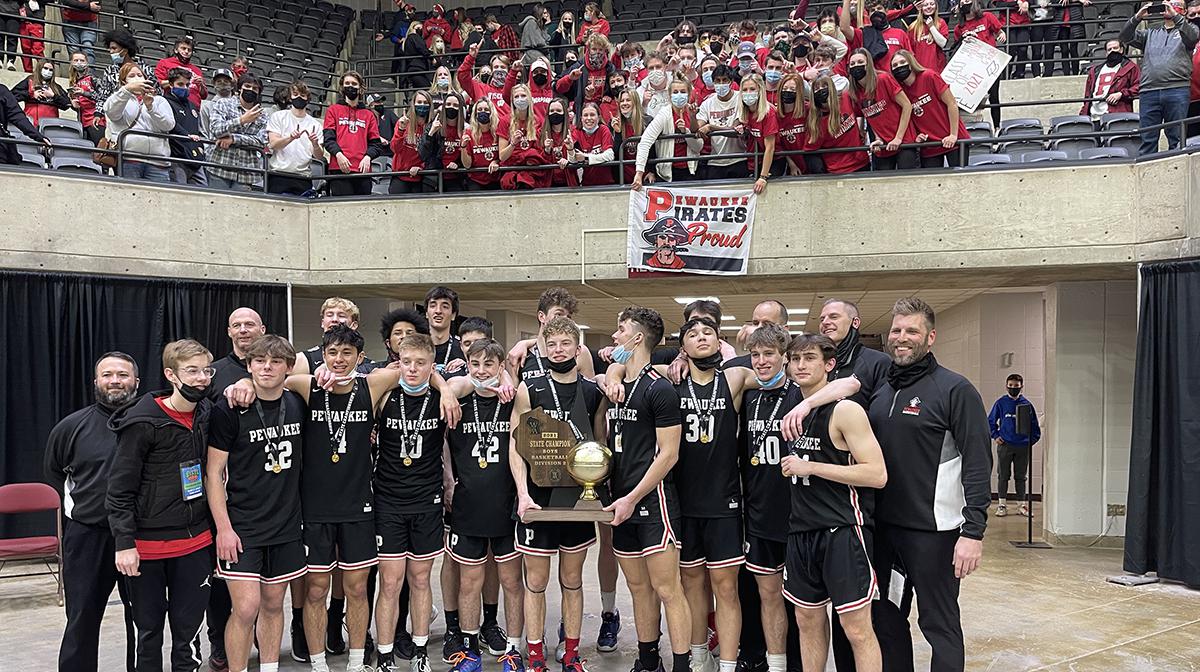 Pewaukee blitzed top-seeded and unbeaten Onalaska in the first half and then held on late to claim a 54-37 and the school's first WIAA state title at the La Crosse Center Saturday evening.

The Pirates shot 56.5% from the field and 61.5% from the three-point line in the first half of the Division 2 championship contest, racing out to a 38-24 halftime advantage.

Senior AJ Hintz did the early damage, scoring 13 points before the break, including three-of-three on three-pointers. Ashton Janowski joined him in the en fuego category, as the junior guard controlled things offensively to the tune of 15 points in the first half.

While Pewaukee cooled significantly in the second half, shooting just 27.8% overall and 14.3% from deep, Onalaska was just as ice-cold and couldn't mount a comeback. The margin never dropped below 14 points in the second half, and swelled as high as 21. The Pirates never trailed in the game and led for 34:28 of the possible 36 minutes.

Onalaska, who suffered its first loss of the 2020-21 season, scored a season-low 37 points, with just senior Victor Desmond in double-figures. The 6'7" forward scored 10 points and pulled down a team-best six rebounds.

Pewaukee's only previous state tournament appearance came in 2001 when the Pirates finished as Division 2 runner-up against Seymour.

For Onalaska, it is the team's first runner-up finish to go with three titles in ten total state tournament appearances.