There were some very nice games on last week's schedule, and several players put up some big performances to help their team's to victory.

Last week's Star of the Week, Spencer Vanek of Kickapoo/La Farge, had another big game, throwing for 233 yards and four touchdowns to go with 103 yards and a score on the ground, adding an interception on defense as well. It led to a 44-12 win over rival North Crawford.

Oakfield held off a late rally by Gibraltar, as three different players had at least 98 rushing yards for the Oaks in a 36-32 win. Gibraltar's Luke Steebs went over 100 yards passing and rushing.

Sturgeon Bay downed Green Bay NEW Lutheran/Oneida/Providence 32-6 and Chequamegon took down Sevastopol 30-12, but unfortunately neither winning team has entered stats as of yet.

This will be one of the biggest weeks of the spring football season, with a pair of matchups between ranked teams on this week's schedule.

Friday night, the last two remaining unbeaten teams in 8-player football will square off, with top-ranked Wisconsin Heights traveling to third-ranked Kickapoo/La Farge. Both teams have put up impressive offensive numbers this season, and this could be an exciting showdown of talented skill players.

The other ranked matchup is on Saturday, as fifth-ranked Chequamegon makes the trek to second-ranked Oakfield for a 1 p.m. kickoff.

The other games on the schedule figure to have plenty of intrigue as well. Gibraltar gave Oakfield all it could handle last week and is better than its 0-2 record suggests. The Vikings welcome in Door County rival Sturgeon Bay on Friday. Green Bay NEW Lutheran hosts Sevastopol in another northeast Wisconsin contest.

The last time North Crawford and Wonewoc/Weston got together it produced one of the wildest games we've seen in some time. Just three weeks ago to begin this spring season, Wonewoc/Weston topped the Trojans 54-52 after Kaden Sprotte returned a kickoff 84 yards for a touchdown with just 1:24 left in the game. It capped a fourth quarter that included 40 total points, six lead changes, and loads of offense. Speaking of offense, North Crawford rushed for 609 yards, including 472 from Stephen Munson, and still lost. 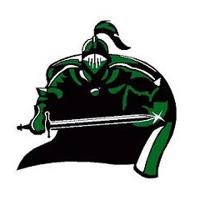 Wisconsin Heights posted a dominating 49-6 win over Wonewoc/Weston on Friday, out-gaining the Silver Wolves 521-84. First-year starting quarterback Hunter Walz was outstanding once again, completing 15-of-26 passes for 180 yards with two touchdowns and no interceptions. He also carried the ball 12 times for 105 yards and another score for the Vanguards.