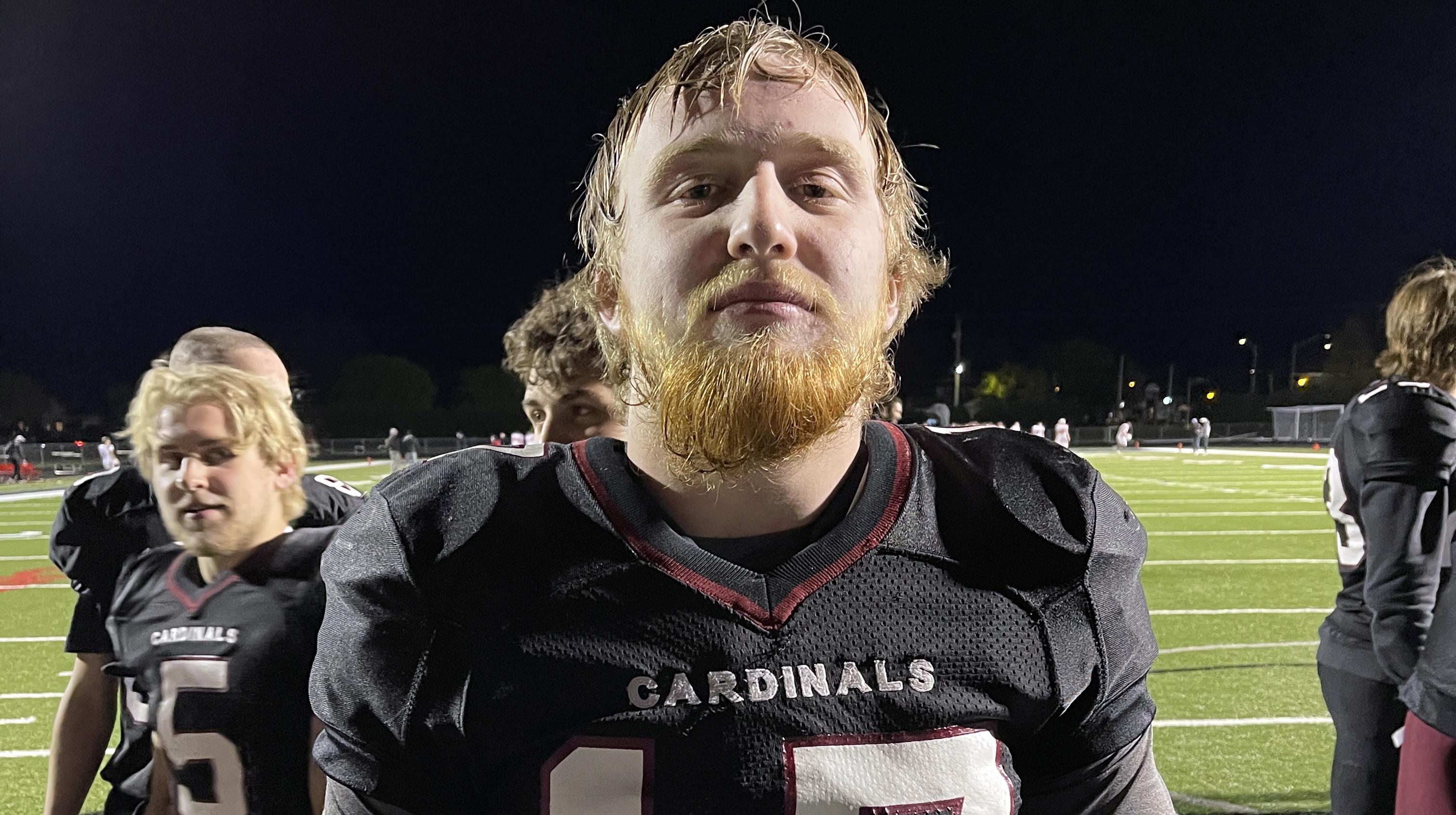 There may not be a player in the state who looks more different between the whistles than he does before play begins, than Walljasper. Built strongly at 6'1", 220-pounds, his slightly disheveled hair and lumberjack beard are complimented by labored steps and drooping shoulders befitting a 40-year old who just got done mowing the lawn and playing driveway hoops with his kids, and is ready to head inside to collapse on the couch for the rest of the afternoon.

Don't let that outward appearance fool you, however, as once the whistle blows, Walljasper will embarrass you on the football field. He has great awareness of the situation, understanding of positioning, and the strength to simply run you over. However, what stands out is how nimble he is, and simply runs away from defenders in the open field.

Walljasper finished his career with 2,456 passing yards and 26 scores to go with 2,829 rushing yards and 40 touchdowns. He was recently named First Team All-State and the Large School Offensive Player of the Year by the Wisconsin Football Coaches Association.

Of course, the pièce de résistance came in the final game of his career, when he ran for 306 yards and five touchdowns on 15 carries to go with 83 passing yards and a score in a 71-47 domination of Kimberly.

Walljasper, who was also a First Team All-Conference linebacker, will play at Minnesota-Duluth next season.

Other finalists for the award were Gabe Finley of DeForest, Caleb Frazer of Kimberly, Quentin Keene of Waunakee, and Ben Wellhoefer of Omro.

Wisconsin Sports Network will be recognizing spring football players in this unique season with WSN Spring Football Awards. Similar to our normal WSN Senior Football Awards, the spring awards will recognize the outstanding players around the state. However, these awards are open to players from all grades, not just seniors.

Over the course of the season we will provide watch lists, semi-finalists, finalists, and winners for the following categories: Offensive Skill player, Offensive Lineman, Defensive Player. The lists have been trimmed down to five finalists, with winners announced next week.