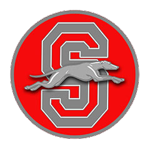 Shorewood sophomore Delea Martins has been selected as the VNN Athlete of the week for the Week of June 21-27 after a statewide vote on WisSports.net.

There were 3,207 total votes this week. Martins topped all vote getters with 1,118 votes. McFarland's Sydney Feldner came in second with 724 votes.

Shorewood finished in second place as a team in Division 2 this past weekend at the WIAA State Tournament and Martins accounted for 28 of the 52 team points. In the 100 meter dash, the sophomore took home gold in 12.07 seconds. She followed it up with a win in the 200 meter dash in 25 seconds flat. Martins ended her day coming in second place in the 400 meter dash, finishing the race in 57.26 seconds.