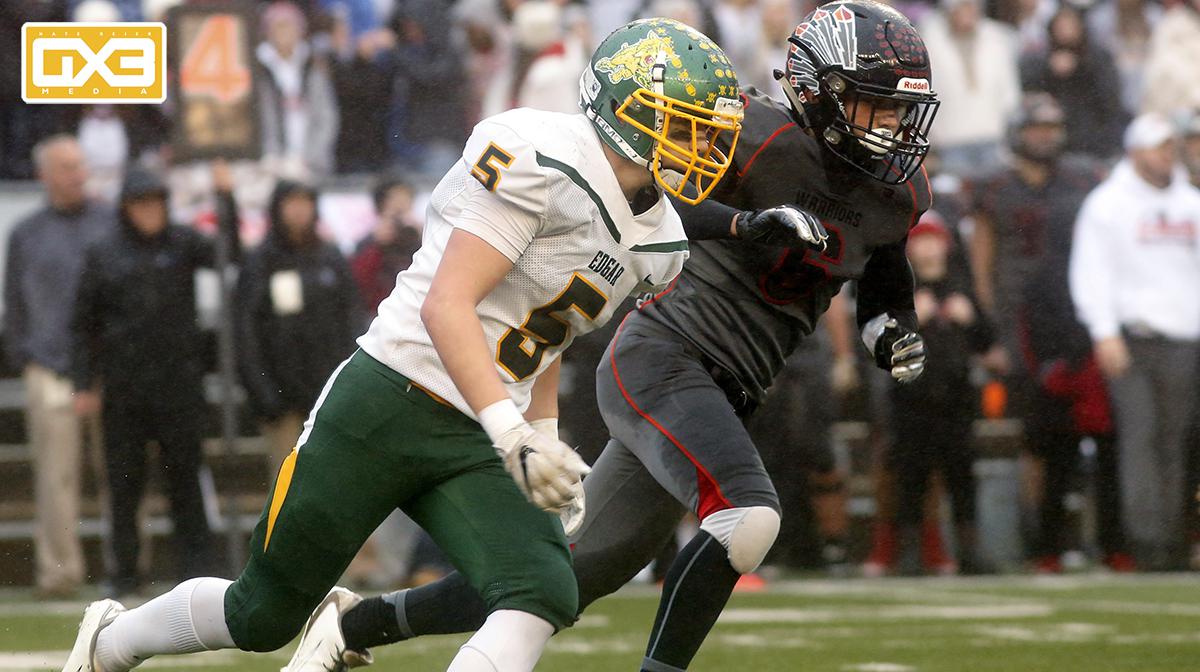 Austin Dahlke is one of the rare high school athletes in Wisconsin who spent his senior year at Edgar High School excelling in not just three sports, but four.

The 6-foot-1 linebacker/running back/wing guard/infielder/sprinter helped the Wildcats to tremendous success in football, basketball, baseball and track and field, and his stellar performances in all four sports has led to his selection as the 2020-21 male recipient of the Pat Richter Award from WisSports.net as the Triple Threat Athlete of the Year.

The Triple Threat Athlete of the Week is an honor given on WisSports.net to the top senior boys and girls three-sport athletes in the state. At the end of the school year, those awarded with the weekly honor are eligible for the Pat Richter Award, which will go out to the top boys and girls three-sport athlete of the season.Hugh V. "Pat" Richter is one of Wisconsin's most storied student-athletes in state history. He was a three-sport athlete at Madison East High School, competing in football, basketball and baseball. He went on to fame at the University of Wisconsin, earning nine varsity letters in three sports and would later become the Athletic Director at Wisconsin.

Dahlke's accomplishments in football include first-team All-State at linebacker by the Associated Press and WFCA; Marawood Conference Back of the Year for his excellence as a running back; state leader in sacks (13); state leader in tackles for loss (26); and helping Edgar to a 9-0 record in 2020. He rushed for 797 yards and 14 touchdowns while also catching 11 passes for 206 yards.

In basketball, Dahlke earned honorable mention all-league honors in the Marawood North Conference as a junior and senior. He helped Edgar to a 23-3 record and a spot in the WIAA Division 4 State Tournament in 2020-21.

In baseball, Dahlke earned unanimous first-team all-league honors as a sophomore, and second-team laurels as a senior as the Wildcats won the league title and advanced to sectionals. He batted .456 with 24 RBI and 15 stolen bases as a senior.

Favorite Sport : "Football because in Edgar you grow up dreaming of playing on Friday nights. The community rallies around the team every year. I love the physicality and teamwork. Plus, nothing beats walking onto the field with the boys full of confidence."

Best Part of High School Sports: "The best part of high school sports was winning and getting to spend time with my teammates as well as the memories we created. I also loved the uncertainty of going into each season knowing that we put in the work to be great, but the unknown of just how far we could take each other."

Best Advice from a High School Coach: "Coach Streit (defensive coordinator in football and track coach) telling us you can't cheat yourself in drills or speed lines and expect to accomplish big things. You need to put in the work and become a reliable teammate through your practice habits. Excellence is never an accident and be grateful, be humble and be hungry."

Most Memorable Moment in High School Sports: "Being able to compete at state in football, basketball and track. It is the ultimate goal of all high-school athletes so I feel grateful toward my coaches and teammates for putting in the work to accomplish so much."

Best Part of Playing Four Sports: "I love competing and trying to win, so it was extremely fun to do that year-round with my best friends."

Toughest Part of Playing Four Sports: "Managing ttime between track and baseball to make sure coaches understand if you're late to practice it's because you're coming from the other sport."

Favorite Opponent: "Stratford, because of the rivalry and winning traditions each school has. It's always a battle."

Biggest Challenge of COVID-19: "Trying to stay positive and keeping others around me believing we would have a state game for football. Also, having players and coaches quarantined for games/practices."

Most Admired High School Teammates: "Karson Butt because he worked hard and provided leadership when I was an underclassman."

I Find it Relaxing to: "Listen to music."