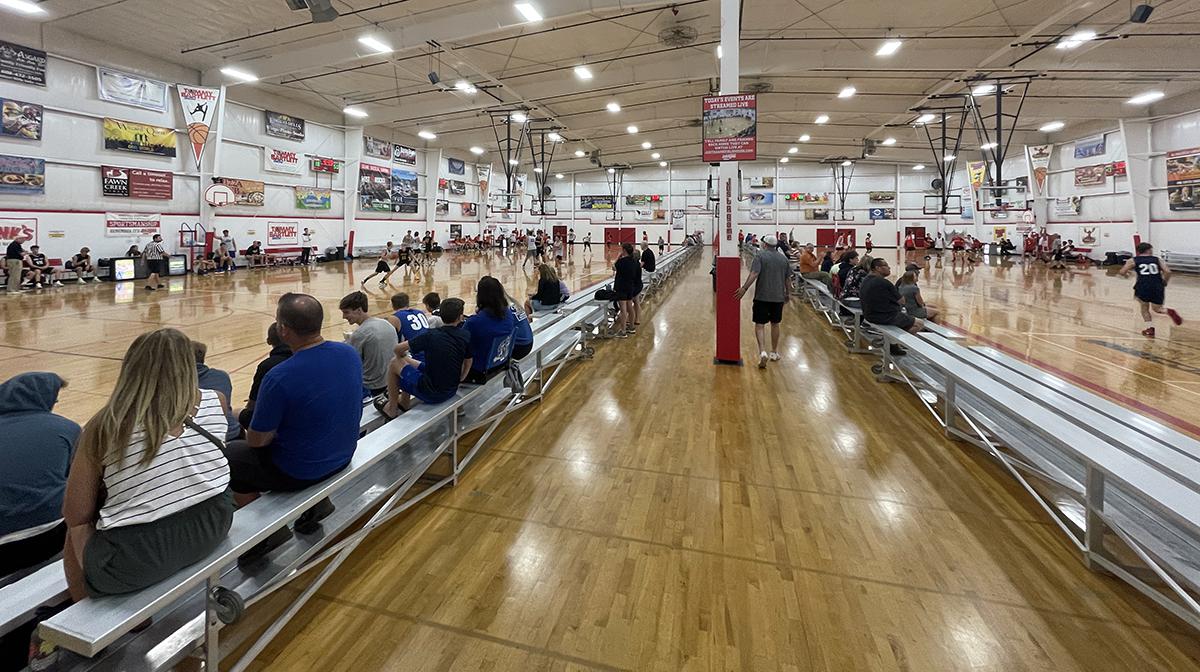 The Jerry Petitgoue Invite boys event was held at JustAGame Fieldhouse in Wisconsin Dells on Thursday, with some of the state's top teams and players in attendance once again.

Below are pool play results from each group, as all teams played three games (there was no Pool A). In the event of a tie, point differential was used as the tiebreaker. Full results, including all game scores, can be found here.

Chippewa Falls was impressive in going 3-0 in the event, as the Cardinals' closest game was a 46-37 win over Sun Prairie early in the morning.

La Crosse Central won the super-sized Group C with a 3-0 record, beating Lake Park (MN), Oconomowoc, and Milton, all by at least 19 points. Oconomowoc opened with a thrilling 41-40 win over Onalaska when Jake Fisher hit a pair of free throws with 0.4 seconds left, but he left for an AAU event after that game and missed the La Crosse Central contest. The Raccoons were also missing another starter due to injury suffered in the first game.

Medford won three very competitive games to finish with a perfect record in Poll D, including a 51-45 win over Merrill.

Pool E was a bit tough to figure out, as no team went unbeaten and none went winless. Sheboygan North was blown out by Brookfield Academy 46-21 in the first game of the day, but rebounded with a dominating win over Wisconsin Dells and a one-point victory against Northland Pines, as the Golden Raiders claimed the pool title over the Dells. Northland Pines looked very good in a win over Brookfield Academy but lost to Wisconsin Dells by three and Sheboygan North by one.

There was a three-way tie atop Pool F between Adams-Friendship, Darlington, and Columbus Catholic, with Adams-Friendship finishing first via the point differential tiebreaker.

Cuba City dominated its way to a Pool G title as one of the most impressive teams in the event. Led by a big day from Carter Olson and some excellent overall production from key role players, the Cubans looked like they'll be a top team in Division 4 once again. Black River Falls sophomore Evan Anderson was one of the highest scorers in the entire tournament. Reedsburg's only win came on a 25-footer at the buzzer over Campbellsport.

Belleville's speed and playmaking on the perimeter carried the team to a pool championship and one of the most impressive performances of the event. The Wildcats topped a Columbus team full of size and length to secure the pool title.

Southwestern was a perfect 3-0 in pool play in group I, as the Wildcats and head coach Clint Nemitz were able to get close wins over Cashton and Wisconsin Heights to go with an 18-point victory over Markesan.

Athens scored blowout wins over Royall and Seneca to start its run at the Jerry Petitgoue Invite and had a showdown with fellow unbeaten Hurley to see who would claim the Pool J title. It was a close one, but Athens held on for a 50-47 victory.