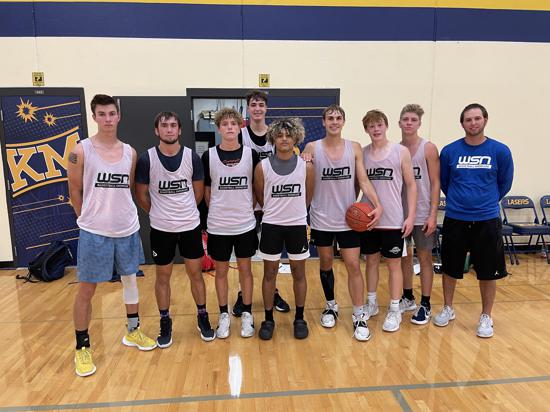 was the champion of the 2019 WSN Boys Basketball Showcase

The 2021 WSN Basketball Showcase was held at Kettle Moraine High School on Sunday, September 19th, and it was a great day of hoops all-around. More than 150 athletes competed in the boys portion of the event in the afternoon.

Players were divided into 20 teams, with four pools of five teams each. Teams played every other team in their pool once, then each team played the same finisher of same standings in their pool. The winners of the two, first place crossovers matched up in a final championship game.

At the conclusion of the event, each coach selected an MVP and Hustle Award winner from their team, which can be found below.

More than 15 colleges were in attendance for the event.

WSN would like to give a sincere thanks to all of the players, parents, college coaches, staff coaches for helping us make this such a successful event at Kettle Moraine High School.