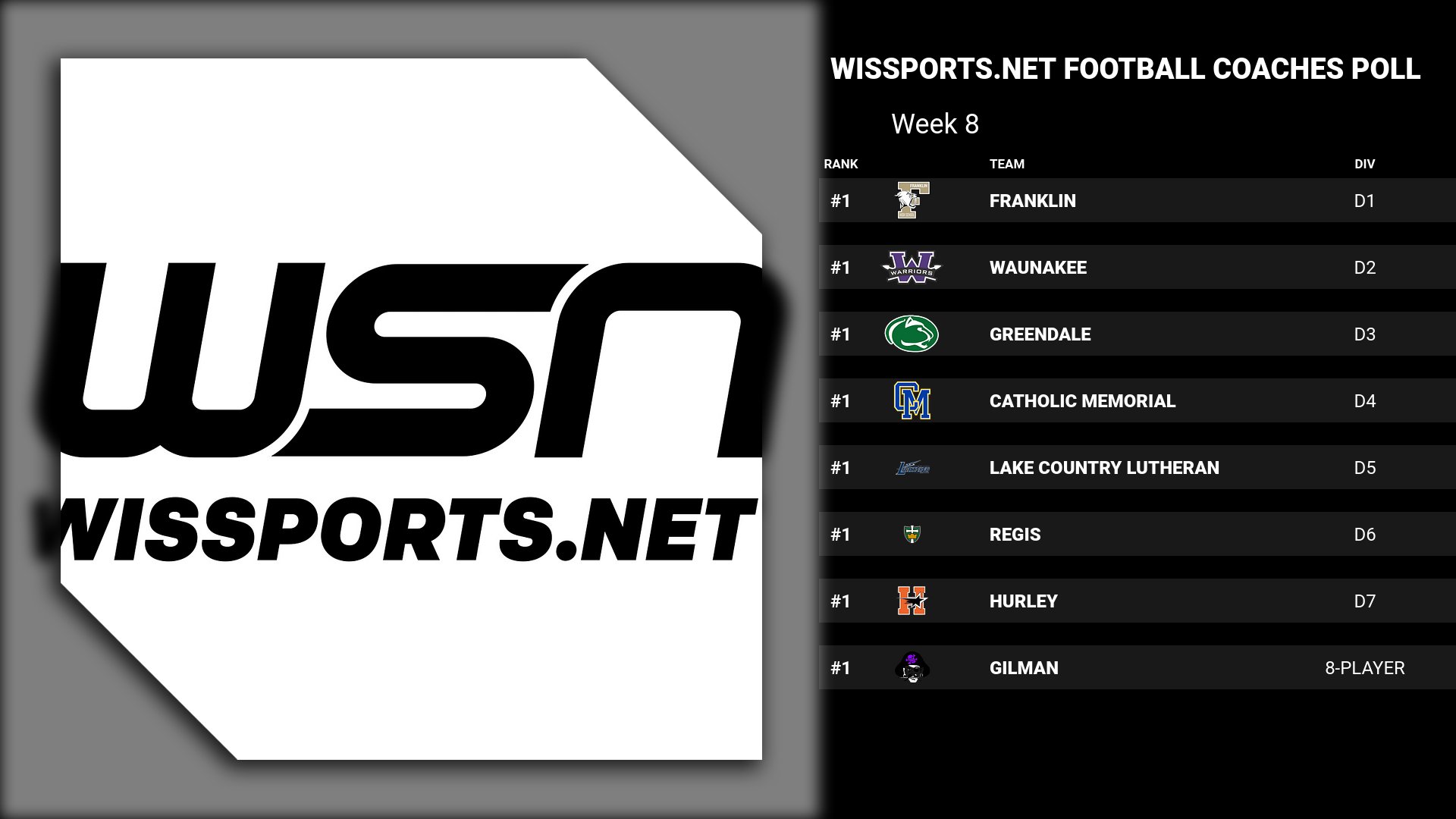 The top five remains the same in Division 1, where Franklin is followed by Kimberly, Sun Prairie, Muskego, and Mukwonago. All of the top three teams received at least one vote for the number one position. Arrowhead suffered its third loss of the season, this time at the hands of Mukwonago, but the Warhawks barely in the poll at number ten.

It was another rough week for ranked Division 2 teams. While Waunakee remains unblemished as the only unbeaten team in D2, four of the other teams in the top ten suffered losses. That includes former number two Homestead, number five Brookfield East, number seven Wauwatosa West, and number eight Pulaski. With a relative dearth of teams with sparkling records, all managed to remain in the poll this week, however.

Greendale remains on top of the Division 3 Coaches Poll, though Luxemburg-Casco and Union Grove did receive votes as well. Mosinee moves into the rankings this week, as Fort Atkinson drops out after going down to Mount Horeb/Barneveld.

Once again, Catholic Memorial is the clear top team in Division 4, though Ellsworth did steal a couple number one votes. The top six is unchanged from last week, with only a loss by number seven Lodi among ranked teams. The Blue Devils drop out of the rankings this week, as Osceola moves in featuring a solid 7-1 overall record.

Lake Country Lutheran continues to dominate Division 5 as the top-ranked team, though the division is very stable this week. There were no losses by ranked teams, thus the top ten remains exactly the same.

It continues to be Regis and then everyone else in the Division 6 rankings, though we do project the Ramblers will drop to D7 once the final playoff field is released Friday night. The only change this week was at the bottom, where unity drops out after a loss to Hurley, with Cuba City re-entering the poll at number ten.

Another week and another new number one team in Division 7. Reedsville's loss to Cedar Grove-Belgium has the Panthers moving from first to fourth, as Hurley ascends to the top spot. The Northstars are the fourth different team to occupy that position this season. Highland is second, followed by Pacelli. A loss by River Ridge to Potosi/Cassville has the Timberwolves outside the top ten, as Potosi/Cassville is up a couple spots to eighth.

Not much changed in the upper half of the 8-Player Football Coaches Poll, as Gilman remains on top. In the bottom of the rankings, McDonell Central went down to Phillips and dropped out of the poll. Several teams moved up as a result, including Wabeno/Laona, as the unbeaten Rebels are now seventh.