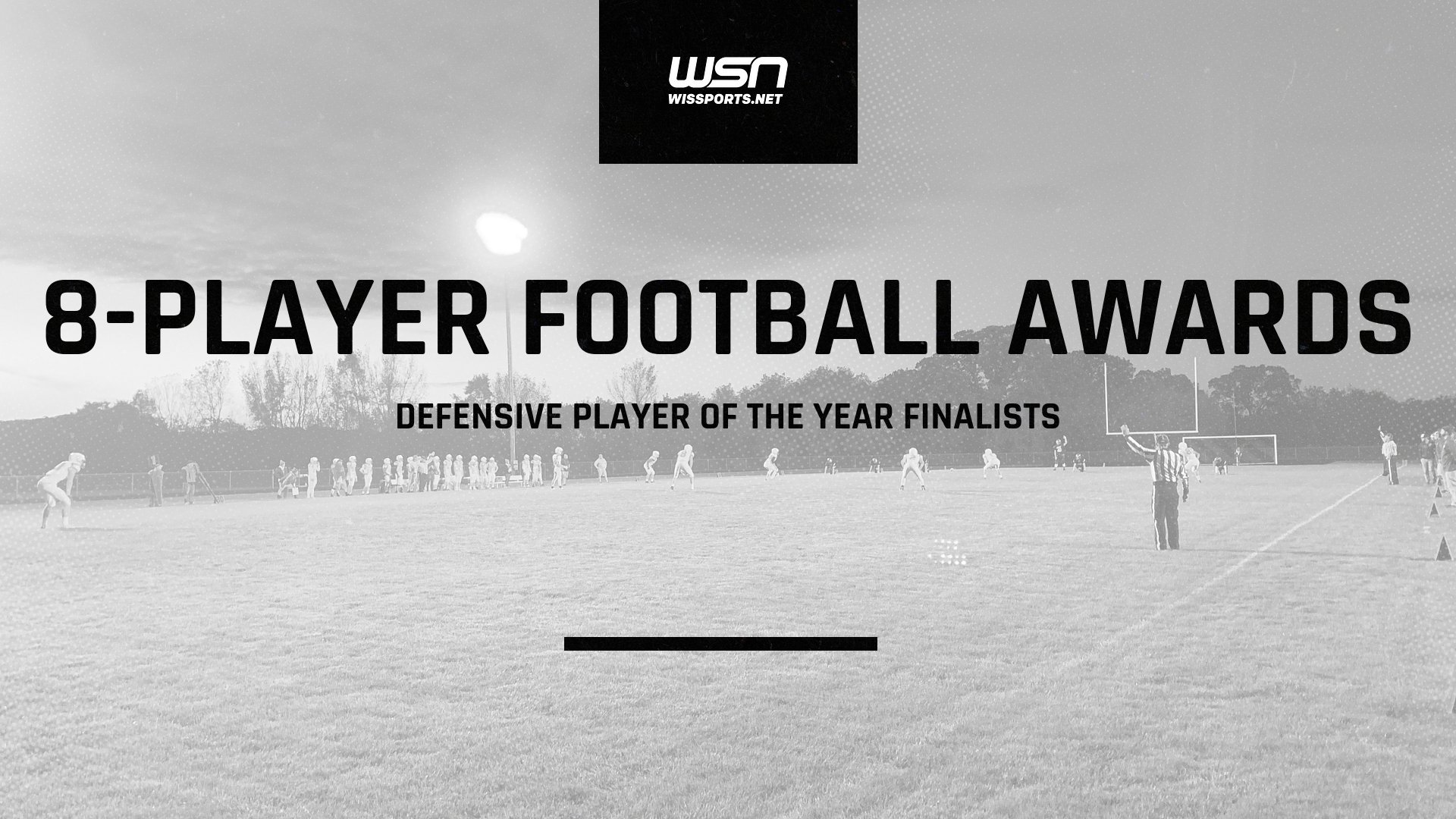 Each year, a preseason Watch List will be produced, then narrowed down to five finalists after the regular season. Winners will be announced the week after the 8-Player Championship.

DEFENSIVE PLAYER OF THE YEAR FINALISTS

Hunter Cronauer, Wabeno/Laona - Just a junior, Cronauer has been a terror on defense for the Rebels this season, helping them to a league title and perfect record into the state semi-finals. He is second in the state with 142 tackles and leads the state with 44 tackles for loss and 19 sacks.

Bryson Keepers, Gilman - Keepers teamed with Julian Krizan for a dynamic duo on defense as the Pirates are into the state semi-finals. The junior defensive end recorded 73 tackles with nine sacks, an interception, two fumble recoveries, and a forced fumble.

Josh Kristoff, Lena/St. Thomas Aquinas - Kristoff helped the Lena/St. Thomas Aquinas co-op to a perfect regular season record and MONLPC-East Conference title. On the season he posted 126 tackles, 13 tackles for loss, 4.5 sacks, and scored two defensive touchdowns. In the Level 2 loss to Wabeno/Laona, he balled out with 24 tackles, including one for loss plus a forced fumble.

Julian Krizan, Gilman - Krizan was an All-State player last year and the WSN 8-Player Defensive Player of the Year. As a senior, he has been outstanding once again, recording 83 tackles and three sacks for the unbeaten Pirates. He's also a stalwart on offense, accumulating more than 1700 total passing and rushing yards with 30 combined touchdowns.

Ashton Maney, Three Lakes - Maney could have been a finalist on offense as well with more than 2100 yards from scrimmage and 31 touchdowns. However, he was just good on defense, recording 80 tackles, two tackles for loss, three fumble recoveries, a forced fumble and a tied with a state-leading seven interceptions.