WFCA announces 2021 All-State and Player of the Year Awards 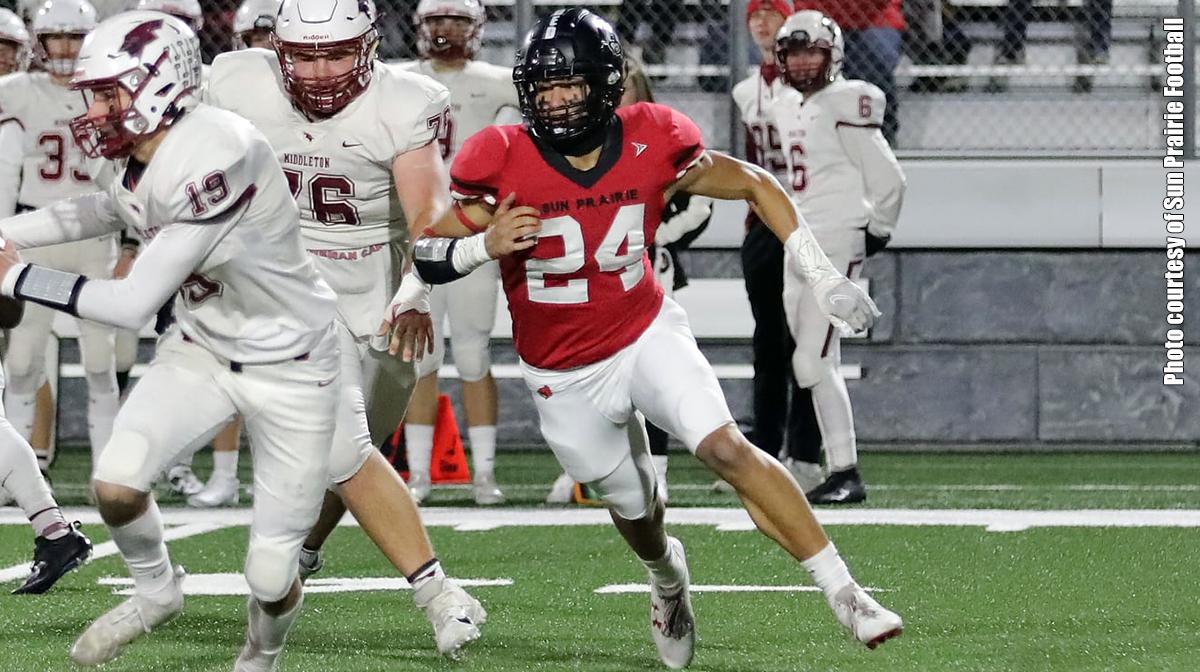 The Wisconsin Football Coaches Association has announced its All-State, Player of the Year, and Assistant Coach of the Year Awards for 2021. The WFCA is producing separate Large School and Small School All-State Teams once again, with 11 players also identified as part of an 8-Player All-State Team.

The WFCA Coach of the Year honor, which is presented in conjunction with the Green Bay Packers, will be announced after the playoffs.

Franklin senior quarterback Myles Burkett was chosen as the WFCA Large School Offensive Player of the Year. A return choice on the Large School All-State Team, Burkett leads the state with 3,151 passing yards as he has helped the Sabers to the Division 1 state title game. The Badger recruit is completing 71.4% of his passes with 33 touchdowns and just two interceptions, with four more scores on the ground. For his career he has 6,207 yards and 68 touchdown passes in 30 games.

Isaac Hamm, a senior defensive end from Sun Prairie, was named the Large School Defensive Player of the Year after a First Team All-State junior campaign. A dominant player up front for the Cardinals, who will face off against Burkett's Franklin team in the D1 title game, Hamm has 67 tackles, 16 tackles for loss, and eight sacks in just ten games, as he was limited a bit by injury.

Lake Country Lutheran senior quarterback Luke Haertle received Small School Offensive Player of the Year recognition. As a sophomore starter, he helped the team to a Division 5 state title over Stratford. As a senior he completed 63.9% of his passes for 1,882 yards with 31 touchdowns and five interceptions in 11 games, adding 397 yards and four scores on the ground. For his career he finished with 4,978 passing yards and 77 touchdowns, adding 1,120 yards and 16 scores on the ground.

Small School Defensive Player of the Year honors went to Saint Croix Central defensive lineman Carson Hinzman. For the second straight season, Hinzman was a two-way All-State pick by the WFCA, as he was a three-time selection on the offensive line. As a senior he recorded 54 tackles, 16 tackles for loss, two sacks, and two forced fumbles in nine games.

Robbie Smazal of Colby was selected as the WFCA Assistant Coach of the Year.

The WFCA produced an 11-member, 8-Player Football All-State Team this year. Luck senior Wyatt Jensen was the 8-Player Football Player of the Year after helping the Cardinals to the state title game, which he missed with injury.