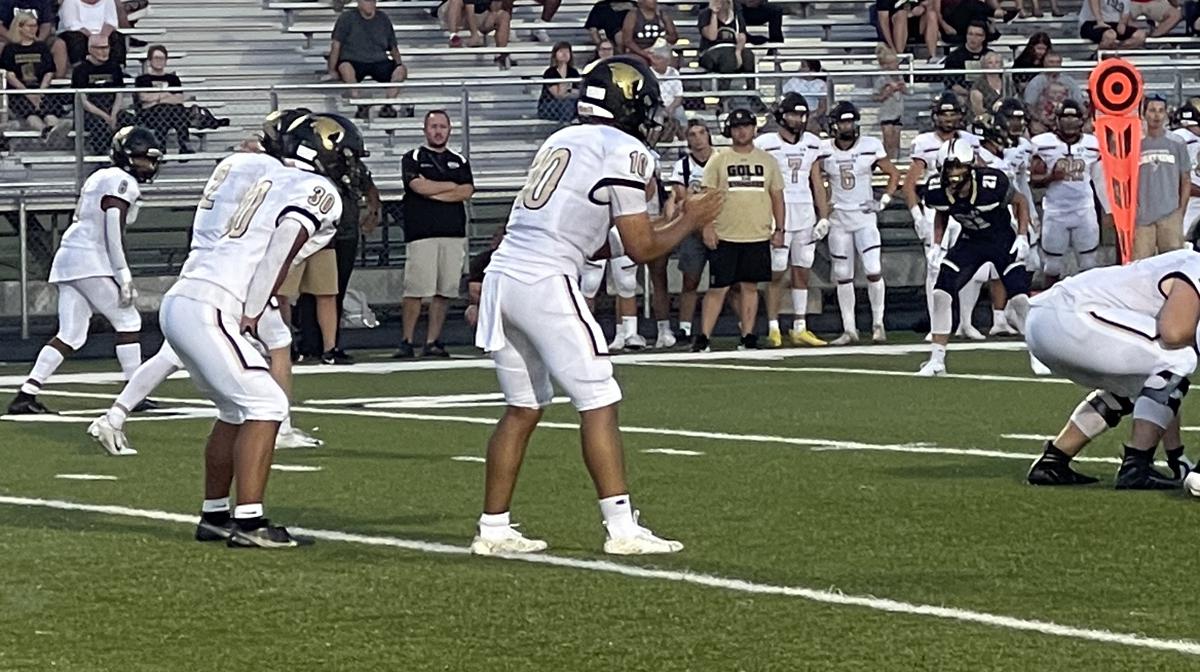 Wisconsin Sports Network and WisSports.net are happy to announce Franklin's Myles Burkett as the 2021 recipient of the Dave Krieg Award as the most outstanding senior quarterback in Wisconsin, part of the WSN Senior Football Awards.

Myles Burkett took over as the starter in 2019 as a sophomore and has helped the Sabers to great success in his three years on varsity. In his senior season he is completing 71.4% of his passes (190-of-266) for 3,151 yards with 33 touchdowns and just two interceptions. He also has four rushing scores this year.

He was amazing in engineering a big comeback in Week 1 at Appleton North, including a successful Hail Mary on the game's final play for a 35-31 win where he threw for 368 yards with five touchdowns. In another comeback victory over Appleton North in the state semi-finals, Burkett threw for 356 yards and two scores.

In his career the Badger recruit and returning WFCA All-State selection has 6,207 passing yards with 68 touchdowns and a passer rating of 129.9. He's added 14 rushing scores as well.

"He is a great character kid who has developed into a tremendous leader," said Franklin head coach Louis Brown.

On Tuesday, Burkett was announced as a repeat selection on the WFCA All-State team as well as the 2021 WFCA Large Schools Offensive Player of the Year.

Finalists for the award were Burkett, Luke Haertle of Lake Country Lutheran, Quentin Keene of Waunakee, Robby Michael of Kohler/Sheboygan Lutheran/Christian, and Ben Wesolowski of Wittenberg-Birnamwood.

The award is named after Dave Krieg, a graduate of D.C. Everest High School who went on to star at Milton College and later in the National Football League. Krieg ranks in the Top 12 in NFL history in career pass attempts, completions, passing yards, and passing touchdowns. He was selected to the Pro Bowl three times in his 12-year career.